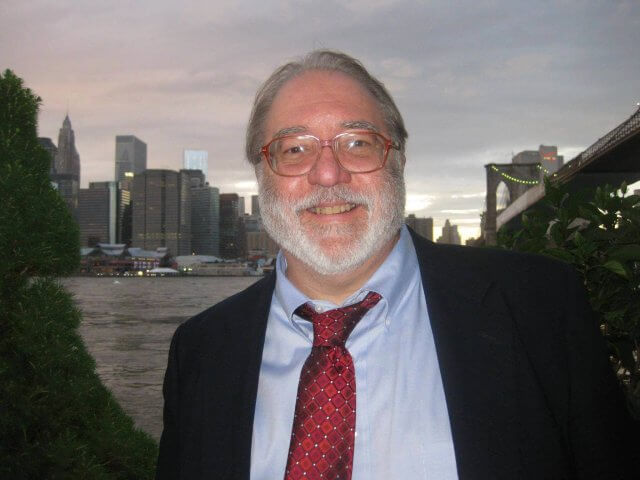 Bill wrote the captions for an authorized set of Beatles trading cards, and was among the Beatles experts that Apple Corps and ABC made available for press interviews when “The Beatles Anthology” first aired. Beatlefan also was the first news outlet to break the story of McCartney, Harrison and Starr coming together to record “Free As a Bird.” The magazine has been cited for its “serious Beatling” by The New York Times, and was dubbed “the authoritative publication of record” for fans of The Beatles by historian Walter J. Podrazik. Two books compiling the early years of Beatlefan were published by Pierian Press.

Bill sat in the studio while the Atlanta Rhythm Section recorded, hung out with the Commodores in their Alabama hometown, and traveled on tour with the Oak Ridge Boys. He’s had dinner served to him by Raymond Burr, been invited to lunch by Olivia Newton-John, and had Lucille Ball eat the beets off his plate at a banquet in New York.

He also was sent to Memphis when Elvis Presley died, to talk with those who knew the King; was involved in coverage of the 1996 Olympics in Atlanta; received hate mail from Neil Diamond fans; and was thanked for his contributions to Georgia music by Gov. Zell Miller.

He continues to contribute columns to the Journal-Constitution, and he has written a blog for the paper about sports at his alma mater, the University of Georgia, since 2005.

Bill contributed several chapters to Nicholas Schaffner’s book “The British Invasion,” has been interviewed for several books about The Beatles and British pop culture, and is a regular contributor to Bruce Spizer’s Beatles Albums book series.

You can find out more about Beatlefan magazine at www.beatlefan.com.