The Beatles: The Singles Collection [Review]

Another first class project from Apple and Universal 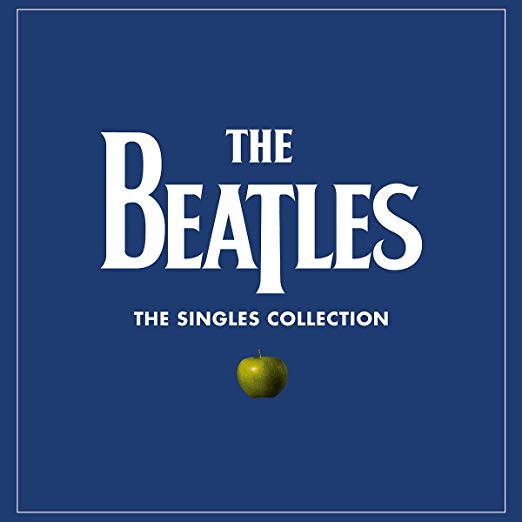 But Apple choose a different approach. Even though The Singles Collection is limited to the original U.K. singles issued from 1962 through 1970 (plus a bonus disc pairing “Free As A Bird” and “Real Love”), Apple recognized the international appeal of The Beatles. Each single is issued in a cardboard sleeve using the picture sleeve artwork from a particular country, along with the appropriate matching record label. The first disc, “Love Me Do,” is packaged in a cardboard sleeve mimicking the original Tollie picture sleeve from 1964. It is pressed with a yellow Tollie label. The sleeve and labels for “Let It Be” are from the U.K. Thus, the collection starts with an American sleeve and ends with a British sleeve. In between, each single is from a different country.

There are pros and cons to such an approach. While faithfully mimicking the U.K. sleeves would have been historically correct, some consumers would have found it boring. Under Apple’s approach, we get to see unique sleeves and labels from 20 countries in addition to the usual U.S. and U.K. sleeves. Apple includes some sleeves from countries that are not represented in most fan’s collections such as Argentina, Belgium, Turkey, and Israel. That makes the collection fun.

But this approach means that some iconic sleeves are not included. For example, Apple’s use of the “I Want To Hold Your Hand” from Chile means that the collection does not include the classic Capitol sleeve for the single with its very cool Dezo Hoffman photograph. There are also some questionable choices and omissions. The set uses the “Ticket To Ride” sleeve from Spain, which has pictures from 1963, while passing on the “Hey Jude”/”Revolution” sleeve from Spain with its picture from the “Revolution” video. The South Africa sleeve for “Hey Jude” uses an image of the Beatles from the promotion of “Hello Goodbye.” Sweden is represented by “I Feel Fine,” which means that Apple did not use the extremely cool Swedish sleeve for “Something”/”Come Together.” There is no doubt that other collectors will question other choices as well.

The collection is packaged in a blue box matching the style of the stereo and mono album boxes. Each single has authentic labels from the 22 countries represented. Of particular notice is the Turkey pressing of “Paperback Writer,” which has an interesting looking Odeon orange and yellow swirl label. The sleeves themselves are sturdy cardboard jackets. While not authentic as to form, the cardboard sleeves shall hold up longer and better protect the discs than thin paper sleeves. The discs are further protected by white inner sleeves.

The booklet included with the collection shows how the original U.K. singles appeared back in the sixties, with its inside front cover showing images of the 22 singles in their original Parlophone bags.  Another page shows four U.S. sleeves for singles issued in America, but not in the U.K. There are also full page images of the U.K. singles in their appropriate bags for “Love Me Do,” “Please Please Me,” “Help!” (both sides) and “Something.” Four other Parolphone singles get two-to-a-page front-and-back treatment. Kevin Howlett provides liner notes that put the singles in proper context.

As for the disc themselves, they are pressed in thick high-quality vinyl. And that is quite important. After all, it’s what’s in the grooves that counts! I played all the discs in my set and all sounded great, with absolutely no surface noise. Early songs like “She Loves You” and “I Want To Hold Your Hand” sound as fresh and exciting today as they did way back when. “Paperback Writer” and “Revolution” blast through the speakers with tremendous force. “Hey Jude” sounds majestic.

So back to where I began. As a Beatles historian, The Singles Collection is not what I would have done. But taken for what it is, make no mistake, this release is another first class project from Apple and Universal.

For those wanting to see how the U.K. singles were actually issued, check out Beatles For Sale on Parlophone Records by Bruce Spizer and Frank Daniels, available for sale on www.beatle.net.