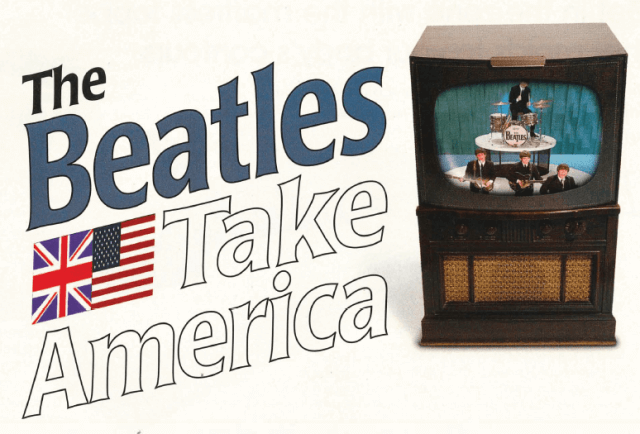 FEBRUARY 2004 MARKS the 40th anniversary of the Beatles’ arrival in America. Nearly two centuries after the British “invasion” of 1776, the battle cry was changed from “The British are coming!” to “The Beatles are coming!” And while television had not even been dreamed of in the 18th century, more than 73 million Americans gathered around TV sets on the evening of February 9 to witness the British invasion of 1964. For many, the Beatles’ live American debut appearance on The Ed Sullivan Show was a defining moment comparable to “Where were you when Kennedy was shot?” or man’s first footsteps on the moon.