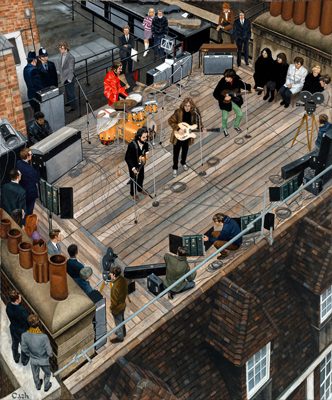 On January 30, 1969, the Beatles played their last concert up on the roof of their Apple headquarters in the heart of London’s business district. Traffic came to standstill in Savile Row and Burlington Gardens as crowds gathered in the streets. Office girls hung out of office windows to listen to the band. Bankers complained…