Bruce Spizer will be a featured speaker at the upcoming Rock ’n’ Roll Fantasy Camp celebrating the music of the Beatles. The Fab Four Fantasy Camp will be held from October 9 – 13, 2013, in Las Vegas, Nevada. 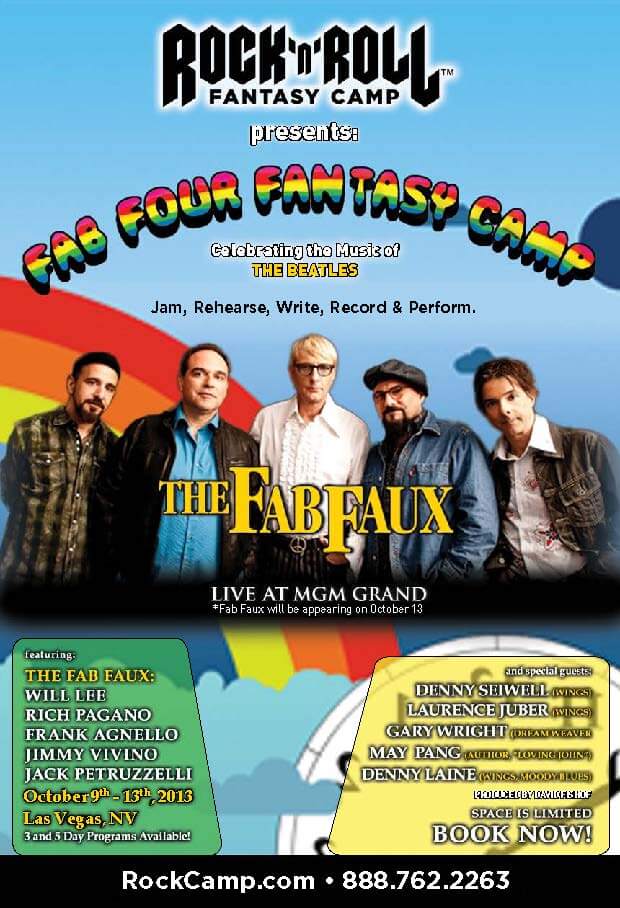 Also appearing will be drummer Denny Seiwell, guitarists Denny Laine and Laurence Juber, keyboardist Gary Wright and May Pang, as well as a weekend appearance by the Fab Faux.

In addition to giving talks on the Beatles, Bruce will be signing copies of his books and participating as a camper. “I used to play Beatles songs in various bands I was in during my high school and college days,” Spizer said. “I am looking forward to the experience of playing with and learning from the great musicians who will be there. I’ve already taken my Gretsch Duo Jet out of my closet and started practicing! I hope to see some of my friends and book customers at camp.”