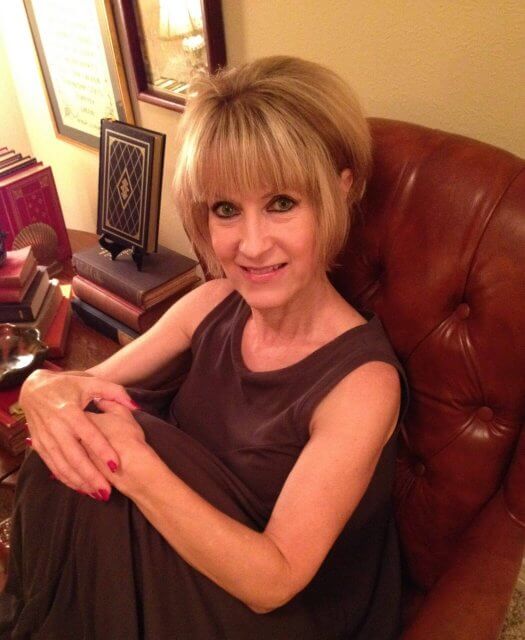 Jude Southerland Kessler is the leading authority on John Lennon, having spent the last 34 years researching and writing the first five books in the anticipated nine-volume John Lennon Series. Jude attended Northwestern State University of Louisiana, garnering two degrees in three years. She did her master’s work at the University of Maryland and taught English and Business Communication at Troy State University in Alabama.

As part of Kessler’s research for The John Lennon Series, she traveled to London and Liverpool 7 times from 1993-2000, interviewing over 100 Beatles friends, relatives, band members, and business partners including Julia Baird, Bob Wooler, Richard Langham, Rod Murray, Allan Williams, Bill Harry, Chas Newby, Helen Anderson, Roag and Pete Best, and many more. In the United States, she has interviewed Ken Mansfield, Ivor Davis, Gary Van Scyoc, Larry Kane, and other noted Beatles associates. Five volumes in the nine-book John Lennon Series are currently on the market, and Kessler is researching/writing about the latter part of 1965 in her historical narrative collection.

Kessler hosted “The John Lennon Hour” on BeatlesARama radio for five years. She is now the co-host of the monthly Beatles podcast “She Said She Said” with Recipe Records Series author, Lanea Stagg and host of the bi-monthly podcast “Focal Points: A Lennon Perspective.” A monthly guest on BBC Radio with Martin Kelner and ABC Radio Australia with Rod Quinn, Kessler has also been featured on Radio Merseyside, “Up All Night” with George Noory, and numerous Beatles podcasts. She writes a monthly column for Culture Sonar entitled “Lennon Matters,” a Beatles-based monthly column for Louisiana’s 318Central.com, and articles for Beatlefan and Octopus’ Garden.

For the last 9 years, Kessler has been the official blogger for The Fest for Beatles Fans and for 16 years has served as a Guest Speaker at the Fest in Chicago, New York, Las Vegas, and Los Angeles. In 2016, Kessler chaired the GRAMMY Museum of Mississippi Beatles Symposium and from 2012-2019, she was also “The Authors and Artists Beatles Symposium” Chair for Beatles at the Ridge in Arkansas. Kessler was a co-author in Ken Womack’s collection of Beatles essays, Things We Said Today: New Perspectives on The Beatles and his later collection, The Beatles in Context. The first five books in The John Lennon Series – Shoulda Been There, Shivering Inside, She Loves You, Should Have Known Better, and Shades of Life, Part 1 – were recently inducted into the Rock and Roll Hall of Fame in Cleveland, OH, and Kessler was selected to join the Author’s Guild, with Professional Author status.

Her first five books in The John Lennon Series – Shoulda Been There, Shivering Inside, She Loves You, Should Have Known Better, and Shades of Life, Part 1 – are available on her website www.johnlennonseries.com, on all e-book formats and online booksellers.