How America Learned of the Death of John Lennon 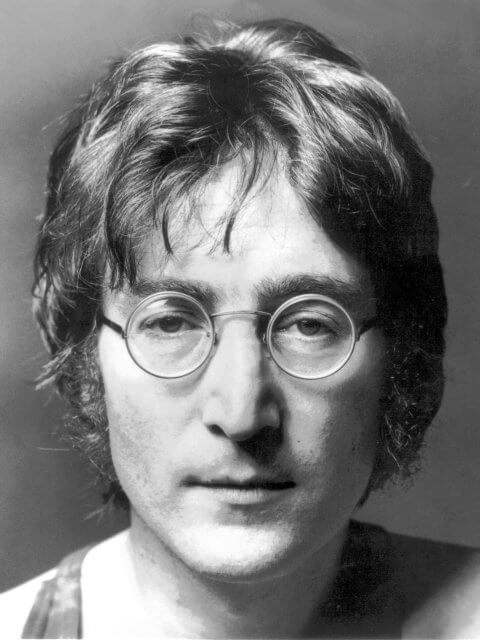 Like many Americans I was watching the Monday Night Football game between the Miami Dolphins and the New England Patriots. In those days, Monday Night Football was a really big deal. It was a close game. The score was tied at 13-13, with the Patriots about to attempt a field goal to win the game with three seconds left. As the network went to commercial break, I returned to an article I was reading in the Wall Street Journal between plays and during commercials.

As the game came back on, I was still reading. In the back of my mind, I thought I heard ABC broadcaster Howard Cosell talk of “an unspeakable tragedy confirmed to us by ABC News in New York.” He then told listeners that “John Lennon, outside of his apartment building on the West Side of New York City, the most famous perhaps of all the Beatles, shot twice in the back, rushed to Roosevelt Hospital, dead on arrival.” I dropped the newspaper and looked incredulously at the TV screen. I wasn’t sure what I had just heard. Cosell then added, “Hard to go back to the game after that news flash.”

In those days of primitive television watching, there was no way to hit the rewind button and go back to what had been said. There were no cell phone that gave you push notifications of breaking news. There was no internet to run to.I sat there dumbfounded. Did I really just hear Howard Coswell say that John Lennon had been shot to death? That just couldn’t be right. I then saw the kick being blocked, sending the game into overtime.

I sat there in shock, hoping I had misheard what Cosell had said. I walked back to my bedroom and grabbed by little black book full of names, addresses and phone numbers, quickly finding the number for WTUL, the student-run radio station of Tulane University. My hand shaking, I dialed the number, trying to find out if it was true. The phone was answered by someone I knew from my days at Tulane. I immediately asked him, “I think I just heard on Monday Night Football that John Lennon was shot dead. Have you heard that?” He replied, “The AP teletype machine started making loud noises a little while ago. I pulled off the story as it was printing and read that John was shot outside the Dakota and has died.” I lowered my head and said, “Oh, my God. That’s just horrible.” We chatted briefly and then I returned to my living room to see if I could learn more about the shooting during the game, which was now in overtime. Once again, I heard Cosell tell of John’s tragic death.

I sat there thinking millions of other Americans had learned of John’s death during a friggin’ football game. I remembered that Cosell had interviewed John in the booth during a previous Monday Night Football game, so maybe it was appropriate after all.

When I woke up the next day, I still wasn’t sure that it had really happened. Maybe I had gone to bed early and dreamed the whole thing. I turned on Good Morning America and quickly confirmed it had been no dream. John was indeed dead.

That morning at work, I got a call from a friend of mine who told me there would be a vigil for John at the Saenger Theater in downtown New Orleans at noon. As I was heading to the Saenger, I walked past several newspaper vending machines on Canal Street. As I looked at each one, I kept hoping that the headline would change to “JOHN LENNON SHOT. EXPECTED TO RECOVER.” But it never did. It kept saying “JOHN LENNON SHOT DEAD.” I cursed to myself each time, my eyes filling with tears.

At the Saenger, I ran into several friends. None of us could believe what had happened. There was some strength in numbers, people to share the shock and pain with. And then it was back to the office. I had trouble concentrating and left a little early, rushing home to see the news, once again hoping it would change.

As usual, I turned on the CBS Evening News. Walter Cronkite reported on John’s death and later re-ran a story on the Beatles that had previously aired during the CBS Evening News way back on December 10, 1963, nearly 17 years earlier. (Two decades later, as I was conducting research my book The Beatles Are Coming!, I came to the conclusion that Cronkite’s 1963 broadcast had jump-started Beatlemania in America.) It was surreal to see how young John and the others looked. It was such an innocent time. There was comfort in seeing the old black and white story. As the news program came to an end, I heard Cronkite give his signature sign-off: “And that’s the way it is, Tuesday, December 9, 1980.”

There could no longer be any doubt or any hope. The most trusted man in America had confirmed what I had heard about 20 hours earlier from Howard Cosell. John Lennon was dead.

Years later I would learn that Cosell found out about John’s death during the commercial break and was uncertain as to whether he should announce the news during a game setting. Co-announcer Frank Gifford had no doubt it needed to be done. Still off the air, he told Coswell: “Don’t hang on it. It’s a tragic moment and this is gonna shake up the whole world.”