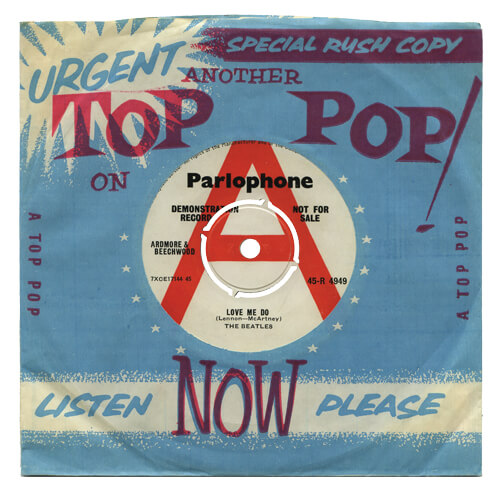 On October 9, 1962, John Lennon celebrated his 22nd birthday. It was a rare “day off” for the Beatles, at least for public performances. While during this time the Beatles often played lunchtime and/or night performances at the Cavern Club and other Liverpool venues on a near daily basis, on this day they had no engagements.

The day was spent in London, where the group had spent the previous day at EMI’s headquarters at Manchester Square. On October 8, 1962, the Beatles were taped before an audience of about 100 people in one of the building’s small studios miming both sides of their new single, “Love Me Do” and “P.S. I Love You.” The group was also interviewed. The taping was for an EMI show titled “The Friday Spectacular,” which was broadcast weekly on Radio Luxembourg. The show featuring the Beatles new single, accompanied by audience applause at the end of each song, along with bits of the interview, was part of the show broadcast on October 12, 1962, from 10:00 – 11:00 pm British time. Because the BBC rarely played records in those days, EMI paid Radio Luxembourg to broadcast the weekly show featuring the latest records by its recording artists.

As for his birthday in London, John and the other Beatles spent the day visiting with music journalists to promote their first single, which was released the previous Friday. 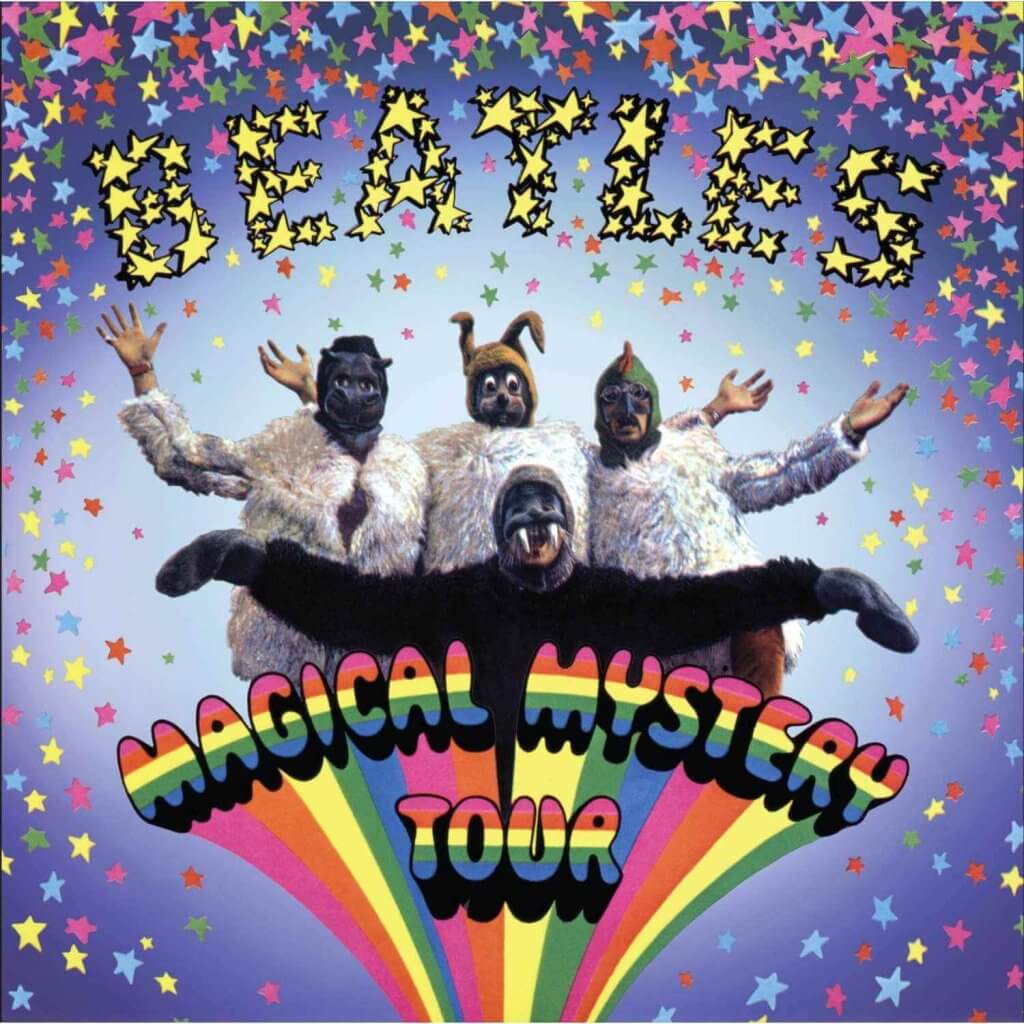 In addition to being John’s birthday, today is the official release date for the remastered version of the Beatles film “Magical Mystery Tour” on DVD and blu-ray disc. The film looks and sounds terrific. Although “Magical Mystery Tour” was brutally attacked in most reviews published shortly after the film’s broadcast in black and white on December 26, 1967, the color film is an interesting period piece that has aged better than one would expect. And, of course, the music videos of the Beatles songs make it all worthwhile even for those who find the story (or lack thereof) unexciting. If you don’t want to engage in repeated viewings of the entire film, you can always go to the menu and select only the songs.

The disc has several cool extra features, including a director’s commentary by Paul McCartney and an informative short film on the making of “Magical Mystery Tour.” There is also a separate interview with Ringo on his acting and a feature titled “Meet The Supporting Cast.” The disc contains alternate videos for the film songs “Your Mother Should Know,” Blue Jay Way” and “The Fool On The Hill,” as well as the black and white promotional film for “Hello Goodbye” that was broadcast by the BBC on “Top Of The Pops.” The latter promo film was put together by the BBC as a substitute for the color promo films produced by the group for “Hello Goodbye” that were deemed unsuitable because they violated the Musician’s Union ban on the television broadcast of mimed performances by musicians and singers.

Other interesting extras include bits that did not make the final cut of the film. “Nat’s Dream” features a scene produced by John with Happy Nat the Rubber Man (actor Nat Jackley) chasing women around an outdoor swimming pool and on the cliffs at Holywell. The segment also includes accordion music by Shirley Evans. “I’m Going In A Field” is a song performed by singer/organist Ivor Cutler. The final clip is a video of Traffic performing their single “Here We Go Round The Mulberry Bush.”

The disc has three audio options: PCM Stereo, Dolby Digital 5.1 and DTS-HD Master Audio 5.1. If your audio/video system is set up for 5.1 surround sound, be sure to go to the audio option menu to select DTS-HD Master Audio 5.1. (The default option is PCM Stereo, so if you don’t select 5.1 you will only get stereo.) If you have a blu-ray player or intend to buy one soon, be sure to get the blu-ray disc. This format is the best-sounding home audio format (even superior to Super Audio CD). The film songs sound incredible on 5.1 blu-ray, revealing instruments and subtleties not heard in the stereo or mono mixes. The clarity of the instruments and voices is stunning. (Unfortunately the “Hello Goodbye” video is presented only in stereo.) One can only hope that the Beatles song catalog will one day be released in 5.1 blu-ray audio.

In the “Blue Jay Way” video from “Magical Mystery Tour,” what instrument does George Harrison pretend to play at the beginning of the song? Bonus: What message is written in chalk close to the left side of George’s body? 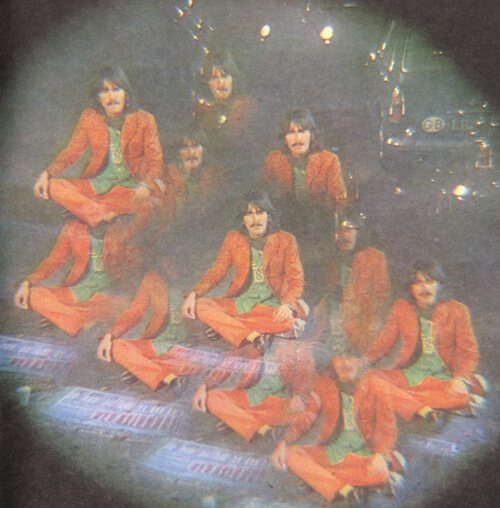 George pretends to play a keyboard instrument, which he has drawn in chalk on the pavement of the street where he is sitting. The chalk message says “2 wives and kid to support.”