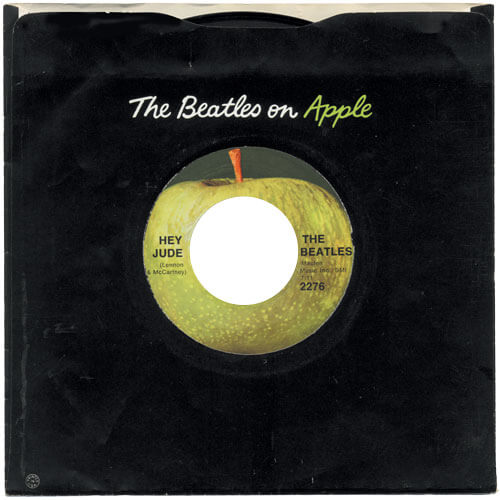 It was a cool Sunday August night in the summer of 1968, the last night of camp. I was in my bunk at Camp Zakelo in Harrison, Maine, trying to listen to WABC out of New York. The reception faded in and out, but this evening there was magic in the air. The disc jockey introduced a new song by the Beatles called Hey Jude. At first, it was only Paul’s voice and piano, but then the others joined in. After a few minutes, when I was certain the song was about to end, I heard a glorious sing-along that stretched out for several minutes. And when it was over, I couldn’t get that “Na, na na na na na na, na na na na, Hey Jude” out of my head.

On the plane ride back to New Orleans, that ending hook kept playing over and over in my mind. The next morning I had my mother drive me to the neighborhood record store, Studio A. I quickly went to the Beatles album section, looking for the group’s new album containing Hey Jude, but there were only albums I already owned. I asked the store’s owner, Bill, if he had the new Beatles album. Bill told me there was no new album, but that a single would be released in a few days. That surprised me because the song I had heard on the radio was too long to be a single. It had to be seven or eight minutes long. But Bill insisted that the next Beatles record was a 45 containing two songs: Hey Jude and Revolution. I called the store every day until the record arrived. That Friday, my mother rushed me there so I could buy the group’s incredible new single.

Even before I got home I was impressed. The record came in a classy-looking black sleeve with a simple message — “The Beatles on Apple.” And the labels were different, too. A bright green apple on one side and a white sliced apple on the other. And yes, I was right about the length of the song. The label listed the running time for Hey Jude at 7:11. Upon reaching home, I raced to my room and played the record over and over again. Of course, Hey Jude was fabulous, but so was the flip side, the powerful rocker Revolution. Both songs not only had great music, but also had lyrics I could relate to. At the time I didn’t know anything about Apple, but I knew the label had given me my money’s worth. For less than a dollar I had purchased what had to be ten to eleven minutes of the greatest music ever recorded.

The single, which was officially released in the U.S. on August 26, 1968, quickly shot to the top of the Billboard Hot 100, where it remained for nine straight weeks. It sold nearly three million copies within its first two months of release. U.S. sales would later surpass the five million mark. In England, the single also held down the top spot on all of the British charts, but not for as long a period, being dislodged by another Apple single, Those Were The Days by Mary Hopkin. By year’s end, Hey Jude had sold over 800,000 copies in the U.K.

I will never forget the magic I felt when I removed my copy of Hey Jude from its black “The Beatles on Apple” sleeve for the first time. I still remember placing the needle on the spinning black disc and hearing Paul’s voice come out of the tiny speaker to my record player, which was built into a curved carrying case covered with red and black plaid cloth. My childhood record player was thrown out in the early seventies, but my original copy of the single remains and is pictured below. And I still can’t get that “Na, na na na na na na, na na na na, Hey Jude” out of my head. 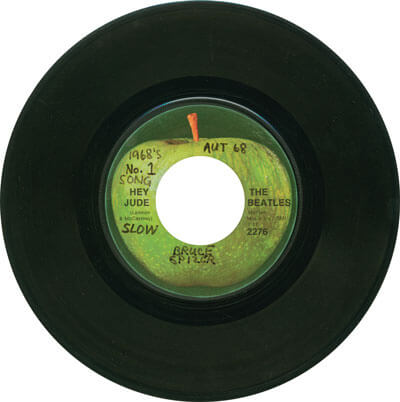 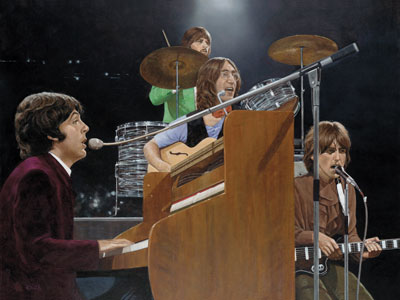 The above painting by Eric Cash (copyright 2008) captures the excitement of the Beatles performing Hey Jude before an audience at Twickenham Film Studios on September 4, 1968.