What was the first American television broadcast to show the Beatles performing and on what date did the program air?

While the Beatles historic live February 9, 1964, appearance on “The Ed Sullivan Show” garners the most attention with a reported 73 million people watching that night, the group appeared a month earlier on January 3, 1964, in a filmed appearance on “The Jack Paar Program.” Paar obtained film of the Beatles performing “She Loves You” from the BBC. At the end of the song and shots of screaming girls, Paar dead-panned, “It’s nice to know that England has finally risen to our cultural level.” An even earlier broadcast of the Beatles performing “She Loves You” was seen in late November, 1963, on “The CBS Morning News with Mike Wallace.”

However, no one remembers the broadcast because a few hours later, President Kennedy was assassinated in Dallas, Texas (November 22, 1963). Walter Cronkite would re-broadcast the five-minute story on the Beatles a few weeks later on December 10, 1963, setting off a series of events that jump-started Beatlemania in America.

But the first actual broadcast of the Beatles ran on NBC’s “Huntley-Brinkley Report” on the evening of Monday, November 18, 1963, at 6:53 p.m. EST. The four-minute segment featured images of the Beatles November 16, 1963, performance in Bournemouth, England, along with shots of the usual screaming girls. Edwin Newman did the voice-over for the story, which unfortunately was not recorded.

Read more in The Beatles Are Coming!

Images from “The Beatles: New Phenomena In Britain,” which ran twice on the CBS television network 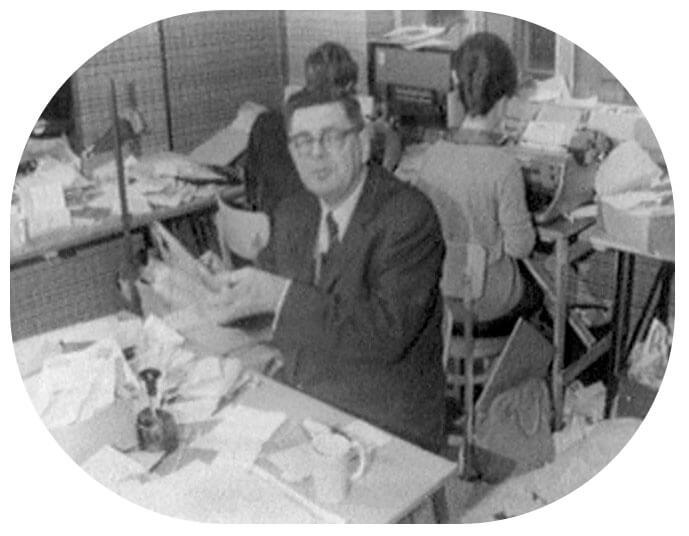 Opening shot of the band on stage at Bournemouth