Revolver to be Apple and UMG’s Latest Beatles Box Set! 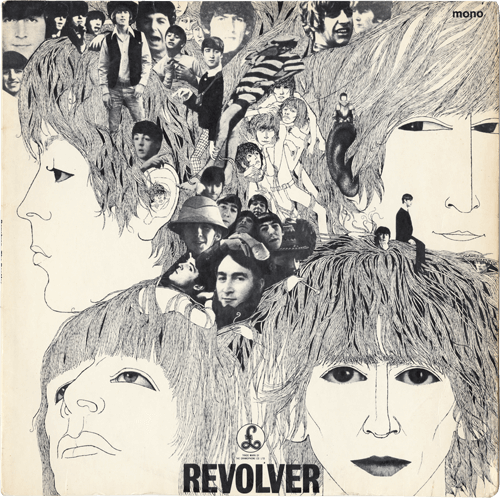 498 Productions can now confirm that the next Beatles box set of remixes and outtakes shall be Revolver. This is exciting and welcomed news indeed as Revolver is clearly one of the best, if not the best, of the Beatles remarkable albums. Fans will soon be able to hear Revolver tracks mixed in a way not previously possible due to the limitations of the four-track recorder used at Abbey Road in 1966 and the lack of technology to separate instruments recorded together on a single track. But now each instrument and vocal can be separated, allowing producer and engineer to mix instruments and vocal with greater freedom. Based on the fabulous mixes previously done by Giles Martin and the Abbey Road engineers, the Revolver remixes by Giles and Sam Okell are sure to be incredible. In addition, there will no doubt be an interesting collection of outtakes. 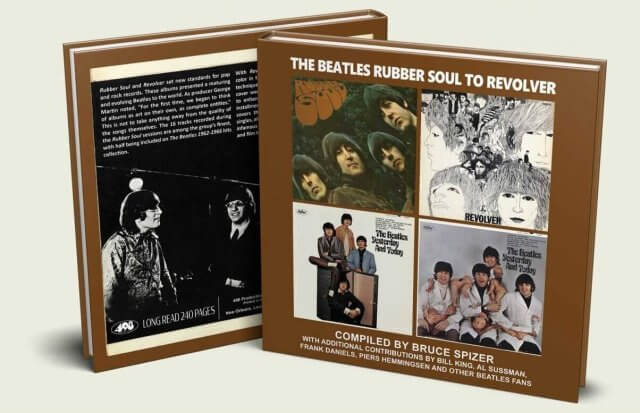 The latest installment in Bruce Spizer’s Beatles Album Series not only covers Revolver, but also the group’s previous UK album, Rubber Soul, and the American-market LP Yesterday And Today, along with extensive coverage of the infamous Butcher Cover. The street date for The Beatles Rubber Soul to Revolver is October 10, 2022; however, it is AVAILABLE NOW through 498 Productions as a PDF download e-book for $20, standard hardcover for $40, and our exclusive deluxe Collector’s Edition for $100. The book is 240 pages and has over 175 color and original black & white images. The Collector’s Edition, limited to 500 signed and number copies, comes in a cardboard O-case along with a bookmark and two colorful posters, including a stunning poster showing the six major cover designs for the Yesterday And Today album. The Collector’s Edition is selling faster than any previous Collector’s Edition in the album series. Order now to get a number in the mid-300s and avoid disappointment of the Collector’s Edition selling out. 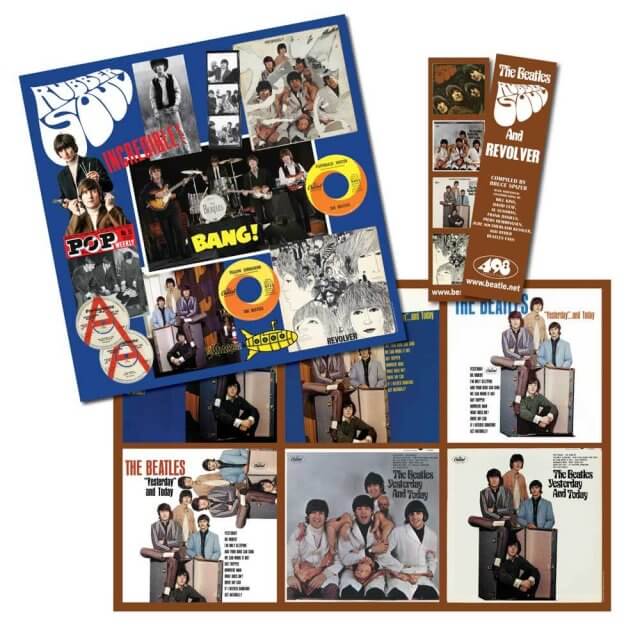 Below are links to news reports on the upcoming Revolver box set. An official release from Apple and Universal Music Group on the contents of the box set and other editions of the release is expected in September. 498 Productions will keep email subscribers posted on later developments.

Upon the release of the Revolver box set, Bruce Spizer will post his review of the remixes, outtakes and book included in the box set. This will be available as a free download, designed to be printed and trimmed to fit inside the book The Beatles Rubber Soul to Revolver.

In the meantime, enjoy the linked articles and Bruce’s The Beatles Rubber Soul to Revolver!!!