Half a century since their final album, the public’s love of The Beatles is undimmed.
Aug. 8, 2019, 9:01 AM CDT
By Patrick Smith and Yuka Tachibana

[Bruce appears at :30 in the video (click on link to go to NBC News to watch)] 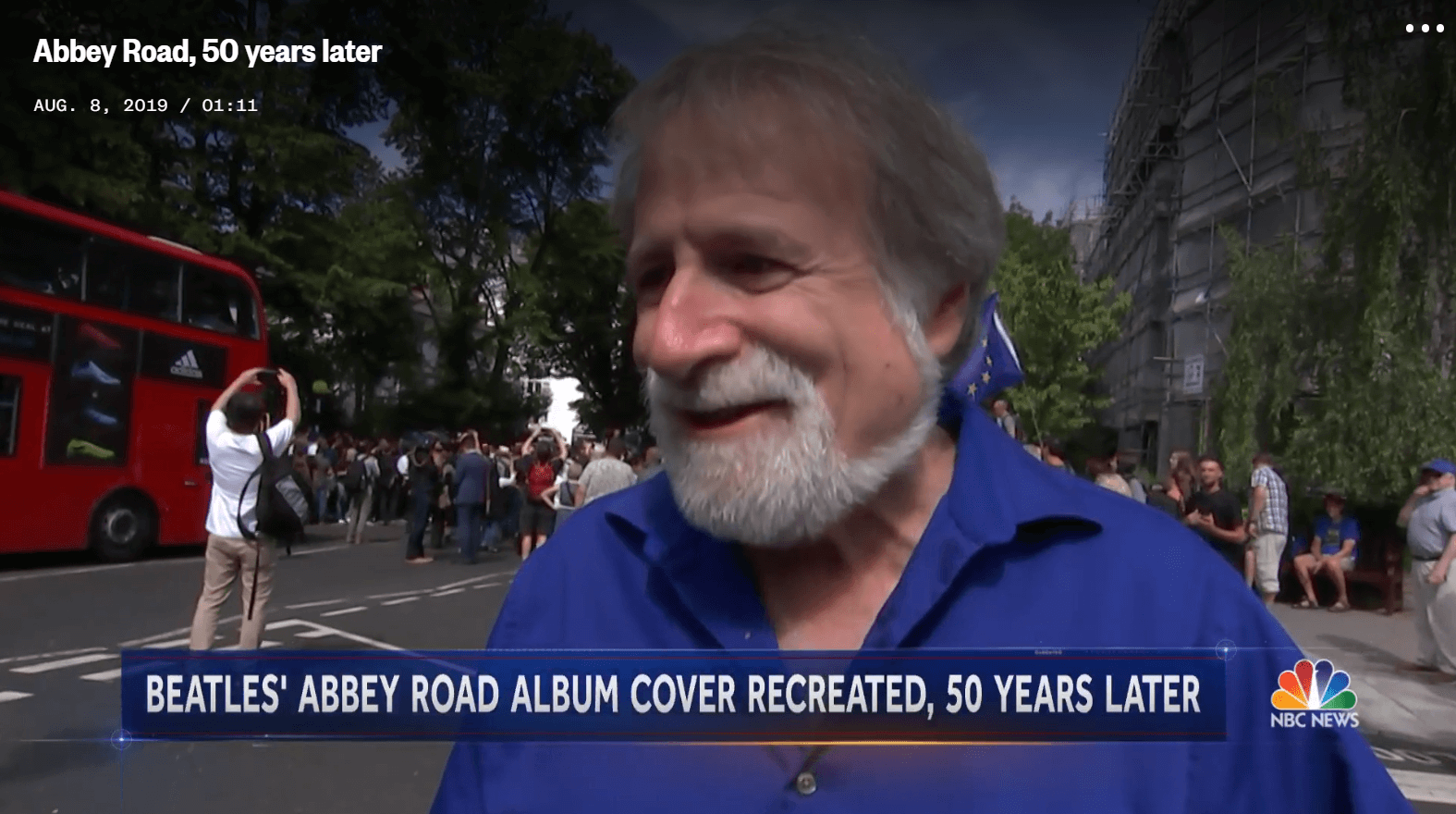 LONDON — It was 50 years ago today … that the world’s most popular band posed for what became one of rock’s most enduring images.

Fans flocked to Abbey Road, north London, on Thursday to recreate the front cover shot of The Beatles’ album of the same name, taken on Aug. 8, 1969, outside the famous EMI Recording Studios where each of their albums were made. 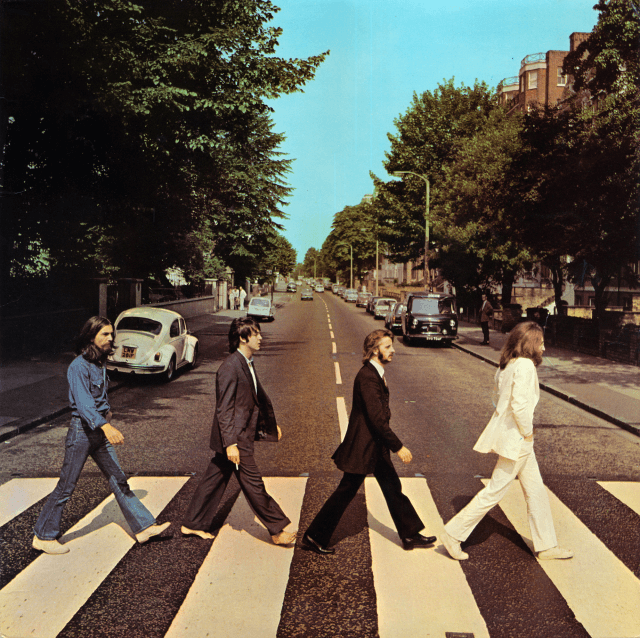 The crossing has become a shrine for Beatles fans from around the world who come to recreate the image — much to the annoyance of bus drivers and other motorists who use Abbey Road as a main route from north to central London.

Michael Clark, 50, from Nottingham, England, traveled the 120 miles to London for the anniversary.

“I had to come down today and mark the occasion. I turned 50 a few weeks ago… and it’s always been part of my life,” he told NBC News.

“[The Beatles] captured the time and I probably wish I was born a bit earlier to have experienced it.

“We used to watch it every Sunday night and The Beatles came on,” he added. “I remember trying to figure out if their hair was real or if they were wigs.”

In 1969 a helpful police officer held up traffic so the band could pose on the crossing, giving photographer Iain MacMillian 10 minutes to get the shot.

The Abbey Road album was released on Sept. 26, 1969 — the last they recorded together. It’s considered by fans to contain some of their best work despite a lukewarm critical reception on its release.