50 Years Ago: Another full week of concert appearances for the Beatles

The third full week of November 1962 was another full week of concert appearances for the Beatles. After playing a night show at the Cavern on Sunday, November 18, the Beatles returned to the Matthew Street club for a lunchtime engagement the following day. That evening they played two shows in Staffordshire (85 miles from Liverpool), first at the Smethwick Baths Ballroom and then at the Adelphi Ballroom. On Tuesday, they played two gigs at Floral Hall in Southport. Wednesday it was back at the Cavern for lunchtime and evening shows. On Thursday, the Beatles played the Majestic Ballroom in Birkenhead. 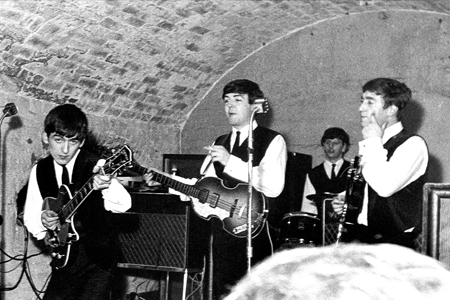 The weekend began with a mid-day London audition for BBC TV held at the St. James’ Church Hall on November 23. The Beatles played for ten minutes. The BBC was not overly impressed, failing to book the group for a TV appearance until several months later after the “Please Please Me” single topped the charts. That evening, the Beatles shared the bill with several other acts at a concert held at the Tower Ballroom. Saturday evening was spent in Wales at the Royal Lido Ballroom in Prestatyn, Flintshire. The weekend ended the same way the previous week did, with an evening show at the Cavern Club on Sunday, November 25.

With the new James Bond film tracking the success of the first movie, Dr. No, from 50 years ago, this week’s trivia questions return to the topic of Bond, James Bond.

1. In addition to such memorable names as Pussy Galore and Holly Goodhead, what character in a James Bond film has a name that is taken from the title of a Beatles song? Bonus: Name the film and the actress who played the character.

2. What song from a James Bond film title sequence nearly has the same title as a Beatles song? Bonus: Name the film and the artist who recorded the song.

The name of MI6 Agent Strawberry Fields comes from the Beatles song Strawberry Fields Forever. She was played by actress Gemma Arterton in the 2008 film Quantum of Solace. Unfortunately, Strawberry Fields does not last forever in Bond lore. After sleeping with Bond, she meets an untimely death in the film, being covered in crude oil and left naked on a bed in a visual tribute to the third James Bond film, Goldfinger, in which Jill Masterson was found dead on a bed naked and covered in gold paint. 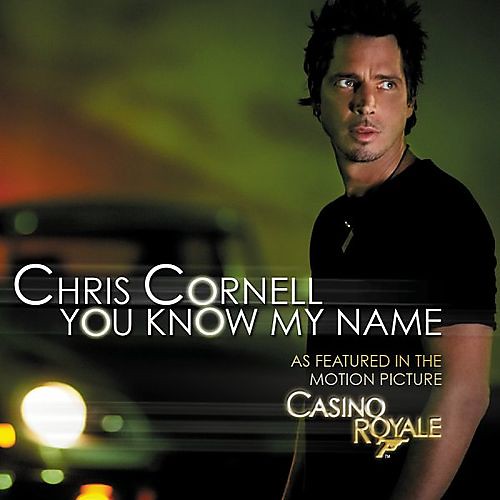 The title sequence song from the 2006 James Bond reboot film was You Know My Name, which is a great title for a theme song re-introducing James Bond. The song’s title is nearly the same as that of the Beatles song You Know My Name (Look Up The Number). The song is from the film Casino Royale and performed by Chris Cornell.