53rd anniversary of the release of PLEASE PLEASE ME 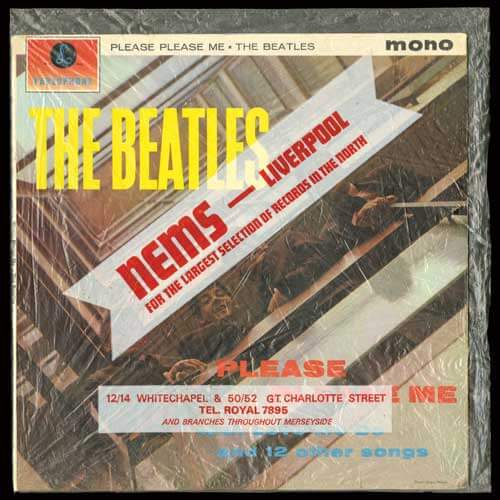 Today is the 53rd anniversary of the release of the Beatles first album, PLEASE PLEASE ME. When the LP went on sale on March 22, 2963, youth-oriented albums typically contained a hit single or two packed with filler. Although British records buyers got 14 songs, they were lucky if four of them were worth the price of admission. This was one of the reasons that the four-song EP was a popular format. For less than half the price of an album, the consumer could get four songs pulled from the LP. And often that was all you really needed or wanted.

The PLEASE PLEASE ME album was programmed under the formula of the day. It was named after the Beatles chart-topping single, “Please Please Me,” and also featured the group’s other hit single, “Love Me Do.” But that is where the similarity ended. It’s opening selection, “I Saw Her Standing There,” was a great rocker that make clear that this was not your older sister’s teen album. Every song merited repeated listening. There were four new “McCartney-Lennon” songs to go along with the four songs featured on the group’s first two singles. “Do You Want To Know A Secret” would soon be released by Billy J. Kramer with the Dakotas and work its way up to number two on the British charts, unable to pass the Beatles third single, “From Me To You.” Although “Misery” had typical teen lyrics, its musical backing was exciting. “There’s A Place” was more than a love song; it hinted at John’s future reflective lyrics. As for the six covers of songs originally recorded by American artists, all were given loving care by the Beatles that made each song special and an improvement on the original. The group showed their fondness for girl groups with “Chains,” “Boys” and “Baby It’s You.” John showed his admiration for soul music on “Anna.” Paul showed his love of show tunes with “A Taste Of Honey.” But the best of the lot was the group’s rousing raunchy rendition of “Twist And Shout.” Demand for that recording was so great that Parlophone rushed out an EP featuring the song. The “Twist And Shout” EP not only topped the EP charts, but also got to number two on the singles charts and sold over 650,000 units.

As for PLEASE PLEASE ME, it topped the British album charts for 30 straight weeks before being replaced by the group’s second album, WITH THE BEATLES. It showed record companies that the album was a viable teen-oriented format provided it was full of great songs instead of filler. It was a sign of things to come from the Beatles. Every following Beatles album matched and surpassed the high standard set by this ground-breaking LP.

In honor of the 53rd anniversary of the debut of the PLEASE PLEASE ME album, the book “Beatles For Sale on Parlophone Records” shall be on sale for $53 rather than its usual price of $70. And for those who do not mind slightly scratched covers, the book shall be on sale for $22 in honor of the March 22 release date. And because I am a tax attorney, this sale shall run through April 15, the day personal income taxes are due in the U.S. And now, try your hand at some trivia questions regarding the PLEASE PLEASE ME LP.