50 Years Ago: Beatles Gearing Up for First National Tour

The Beatles started the week of January 28, 1963, with a Monday evening concert at the Majestic Ballroom in Newcastle-upon-Tyne, Northumberland. The following day the group got a rare day off before handling a Cavern lunchtime show on Wednesday. The Beatles closed the month on a high note with a lunchtime performance at the Cavern and two evening shows (8:00 pm and 11:00 pm) at the Majestic Ballroom in Birkenhead. (The second show was added due to high ticket demand).

The weekend and the month of February began with a pair of Friday night concerts in the Midlands. The first was at the Assembly Rooms in Tamworth, Staffs, followed by a late show at Maney Hall at St. Peter’s Church in Maney, Sutton Coldfield, Warwickshire.

Saturday evening, February 2, was the opening night of the Beatles first national tour. The group was part of an eight-act package. The tour kicked off at the Gaumont Cinema in Bradford, Yorks. Due to the number of other acts on the bill, the non-headlining Beatles were limited to four songs. Their set consisted of Chains, Keep Your Hand Off My Baby, A Taste Of Honey and, of course, the group’s new single, Please Please Me, which was starting to work its way up the charts. For some shows, the Beatles substituted either Love Me Do or Beautiful Dreamer into the lineup. The tour, but not the Beatles, took a few days off before resuming on Tuesday, February 5.

On Sunday, the Beatles were one of eight bands that played during an eight-hour rhythm and blues show at the Cavern.

The Beatles got some good news during the week as the January 31, 1963, issue of Mersey Beat showed the group’s Please Please Me single at number one in its Merseyside Tops chart. In the accompanying photo, John and George show off their new Gibson J-160E “Jumbo” acoustic-electric guitars. 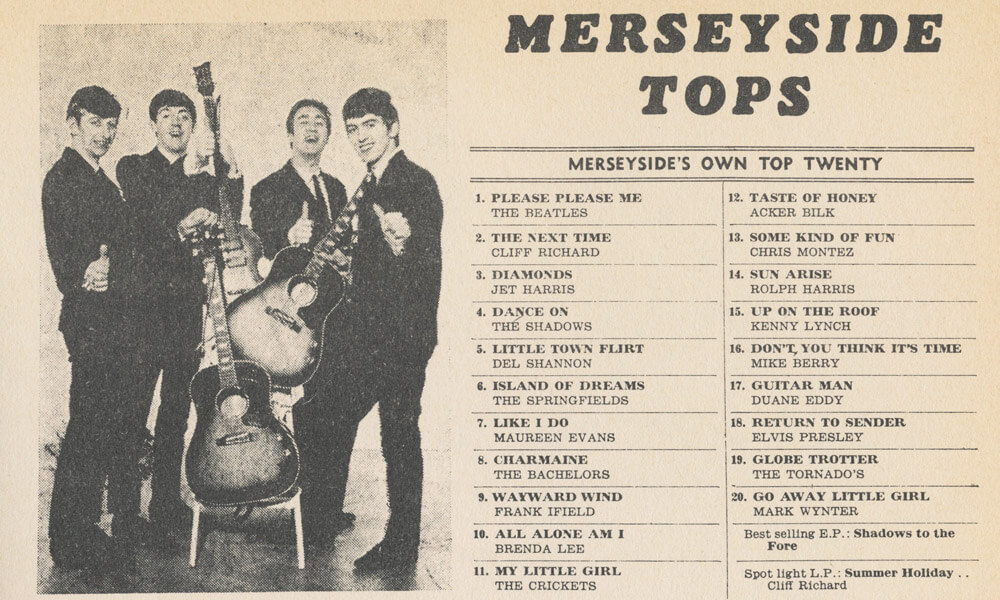 Q1: Who was the headliner on the Beatles first national tour that started on February 2, 1963?

Q2: What song did the Beatles write for and offer to the headliner of the tour?

Q3: When management of the headliner turned down the Lennon-McCartney song, what artist was given the song?

Q4: Who were some of the other acts appearing on the Beatles first national tour? 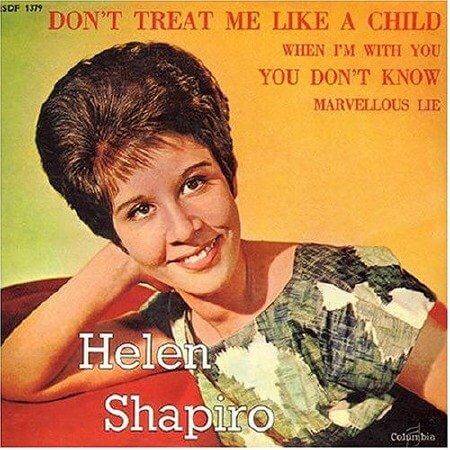 Helen Shapiro was the headliner on the Beatles first national tour. She had been voted Best British Female Singer in 1961 and 1962, although she was only 14 years old when she first won the award. Her hits included Don’t Treat Me Like A Child (#3), You Don’t Know (#1), Walkin’ Back To Happiness (#1) and Tell Me What He Said (#2). 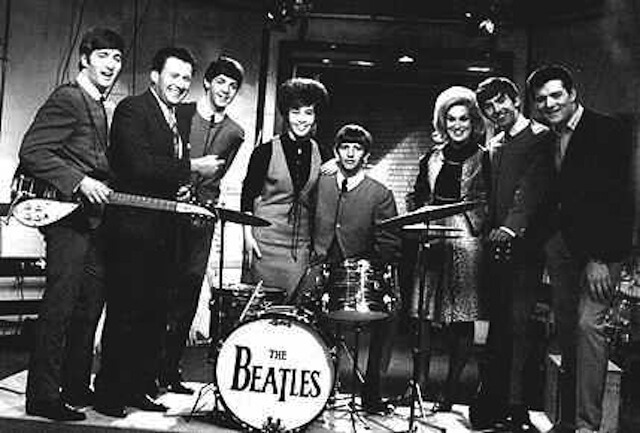 The Beatles wrote Misery for Helen Shapiro and sent a demo of the song to her recording manager at EMI’s Columbia label, Norrie Paramor. Shapiro’s management turned down the song, perhaps thinking that a song titled Misery would not be appropriate for the young lady who had topped the charts with Walkin’ Back To Happiness.

Kenny Lynch, a black British singer, was given the song and became the first non-Beatle to record a Lennon-McCartney song. His single recording of Misery, released on March 22, 1963 (the same day as the Please Please Me album, which included the Beatles recording of the song), failed to chart.

In addition to Helen Shapiro and the Beatles, other acts on the tour included the Red Price Band, the Honeys (not the California girl group produced by Brian Wilson), Dave Allen (an Irish comedian), Danny Williams (a South African pop singer who scored a British number one in 1961 with a cover of Moon River), the Kestrels (a vocal harmony quartet that released records under their name and served as backing singers on numerous recordings), Kenny Lynch (a black singer who had a top ten hit in December 1962 with a cover of Up On The Roof), Peter Jay & the Jaywalkers (who substituted one night for the Beatles) and Billie Davis (who was on the charts with a cover of Tell Him, who was given two substitute appearances when Helen Shapiro was out with a cold).