50 Years Ago: While the Beatles on Vacation, Singles Chart

WHILE BEATLES ON VACATION, SINGLES CHART IN U.K. AND SOME AMERICAN MARKETS As April 1963 drew to a close, the Beatles were enjoying a well-deserved vacation. Paul, George and Ringo were in Santa Cruz, Tenerife, while John was in Spain with manager Brian Epstein.

In the U.K., the group was gaining momentum with the brisk sales of its third single, From Me To You, which was already being reported at number one by New Musical Express. By week’s end, the song would begin its first of seven straight weeks at number one in Record Retailer and also top the charts published by Melody Maker and Disc Weekly, which in its May 4 issue awarded the single a silver disc, signifying sales of over 250,000 units. 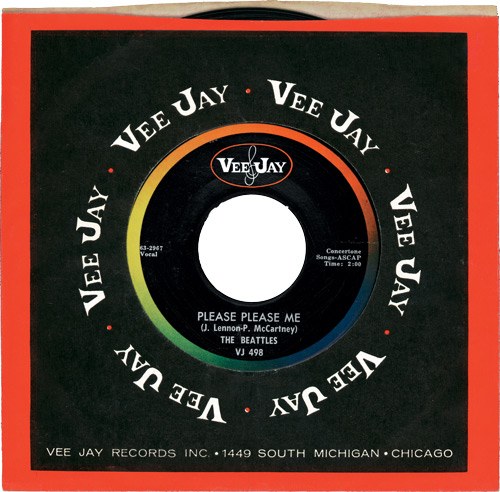 Meanwhile, in the U.S., the Beatles first American single, Please Please Me, was getting air play beyond the Chicago hometown of its American record label, Vee-Jay Records. Although the single was on the charts of four local stations this week 50 years ago, it did not break out nationally and failed to make the Top 100 charts published by Billboard, Cash Box and Music Vendor. Less than a year later, Please Please Me would be number three on all three national charts, blocked from the top by two other Beatles songs, I Want To Hold Your Hand and She Loves You.

Today’s trivia questions pertain to the America cities that got a preview of the Beatles during the first few months of 1963.

BONUS: Chicago’s WLS was the first to chart the song, beginning with its March 8, 1963, Silver Dollar Survey. The song peaked at number 35.

KFXM of Riverside and San Bernardino first charted the song in its Fabulous 59 Survey of April 6, 1963. The song peaked at number 38.

Miami’s WQAM charted the song at number 47 in its Fabulous 56 surveys of April 7 and May 3, 1963. This is the highest WQAM chart position I was able to confirm.

Houston’s KNUZ listed the song at number 34 on its survey dated May 3, 1963. I have no other information regarding the song’s performance on KNUZ.

If you have additional 1963 chart information for this single, please email it to me.