50 years ago: The Beatles and James Bond

The Beatles were in Hamburg and James Bond was in the clutches of Dr. No on Crab Tree Island

As detailed in last week’s edition, the Beatles were playing nightly at the Star-Club in Hamburg from November 1 – 14, 1962. During this time, people back in Merry Old England were enjoying the first James Bond film, “Dr. No.” In fact, the first James Bond film made its world-wide premier in London on October 5, 1962, the same day that the first Beatles single, “Love Me Do,” was released! 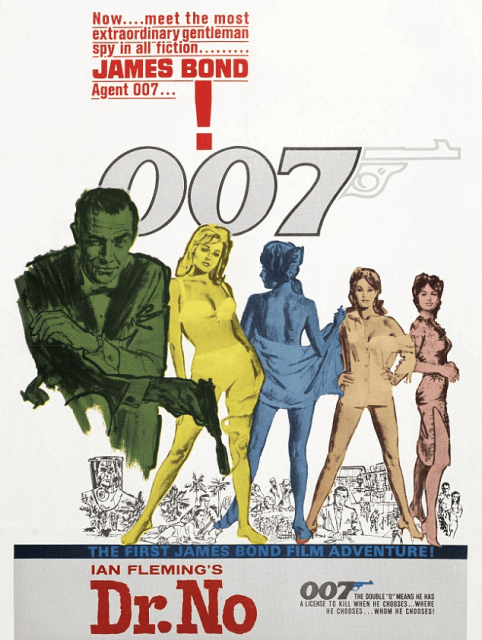 This week’s trivia questions pertain to other connections between the Beatles and James Bond.

2. Name the three James Bond theme songs produced by Beatles producer George Martin, along with the artist who sang each song.

3. In the film “Goldfinger,” what remark does James Bond make about the Beatles when discussing the proper temperature for drinking Dom Perignon champagne?

4. The James Bond film “The Spy Who Loved Me” has two connections to Ringo and one connection to Paul. Can you describe them? Hint: Two of the connections are linked to the theme song for the film, “Nobody Does It Better.”

5. Actor Richard Vernon appears in both a James Bond movie and a Beatles film. Name the two movies and the roles he played. 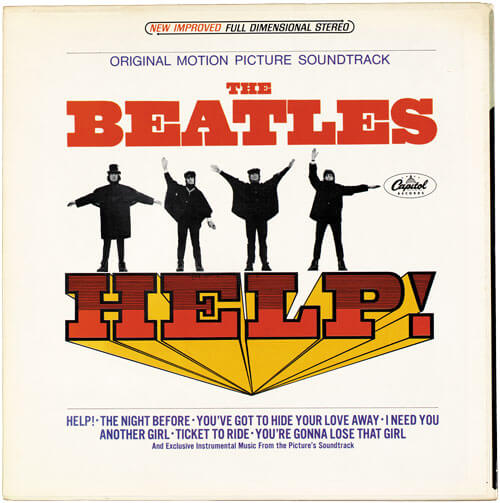 1. The Beatles second film, “Help!,” was influenced by the James Bond craze. After confronting the Beatles as they leave their apartment, Klang and Bhuta prepare to follow the Fab Four’s car in a Harrods truck that drops tacks into the street. This “chase scene” parodies the classic scene in “Goldfinger” when the back of James Bond’s Aston Martin car releases smoke and oil slicks in front of the cars in pursuit. The music for this scene in “Help!” is a variation of the “James Bond Theme.” A portion of this music was used to open the Capitol Records soundtrack album for “Help!” 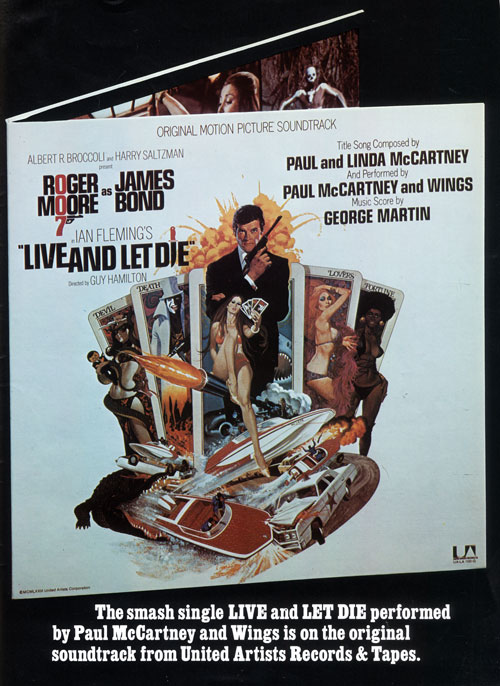 2. George Martin produced the following James Bond theme songs: “From Russia With Love” by Matt Monro, “Goldfinger” by Shirley Bassey and “Live And Let Die” by Wings. Martin also produced the score for the film soundtrack for “Live And let Die.” The book “The Beatles Solo on Apple Records” tells the fascinating and humorous story about how Paul was asked to write the theme song for “Live And Let Die” and the meeting between George Martin and film producer Harry Saltzman during which Saltzman asked Martin who they should get to sing the title song! Saltzman, who had used singers such as Matt Monro, Shirley Bassey, Tom Jones and Nancy Sinatra for prior Bond films, had female vocalists like Thelma Houston and Aretha Franklin in mind. When Martin explained that they would not get the song unless they used Paul’s recording, Saltzman consented after realizing that having an ex-Beatle sing the theme song could be a plus.

3. After noticing that a bottle of Dom Perignon champagne had lost its chill, James Bond climbs out of bed to get a fresh bottle from the hotel suite refrigerator. He explains to his beautiful female companion, Jill Masterson, “My dear girl, there are some things that just aren’t done, such as drinking Dom Perignon ’53 above the temperature of 38 degrees Fahrenheit. That’s just as bad as listening to the Beatles without earmuffs!” Shortly after insulting the Beatles, Bond was knocked unconscious by Goldfinger’s Korean henchman, Odd-Job. Although he recovered, the girl was painted gold from head to toe, causing her to suffocate from lack of oxygen passing through her skin. 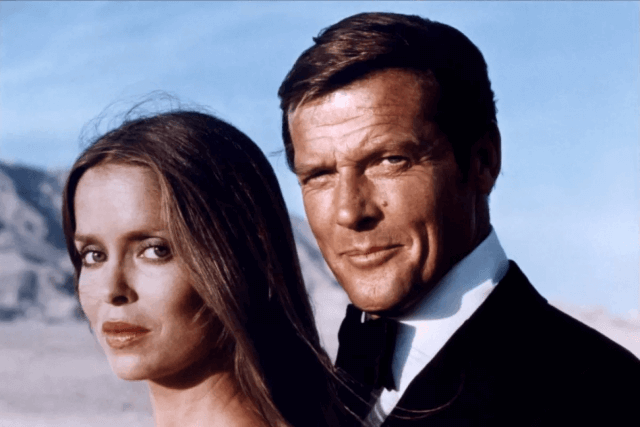 4. The lead Bond Girl in “The Spy Who Loved Me” was Barbara Bach, who later married Ringo. The theme song for the film, “Nobody Does It Better” (performed by Carly Simon), was produced by Richard Perry, who produced the albums “Ringo” and “Goodnight Vienna” for Ringo. Finally, the guitar solo in the song was played by Laurence Juber, who later was a member of Wings with Paul McCartney. 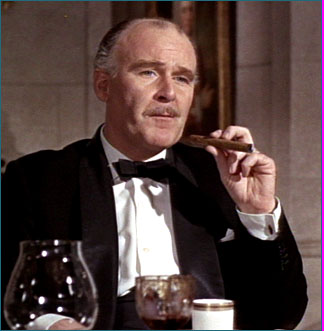 5. Actor Richard Vernon appears in the James Bond film “Goldfinger” as Colonel Smithers and as the Man on the Train in “A Hard Day’s Night.” He is the stuffy businessman who is annoyed by the Beatles playing the radio and opening the train compartment window for fresh air. He’s the one who says “I fought the war for your sort.”

Thanks to Beatle Tom Frangione for Help! with this week’s trivia

Get these classics from Amazon: