50 Years Ago: I WANT TO HOLD YOUR HAND GETS SATURATION RADIO AIR PLAY 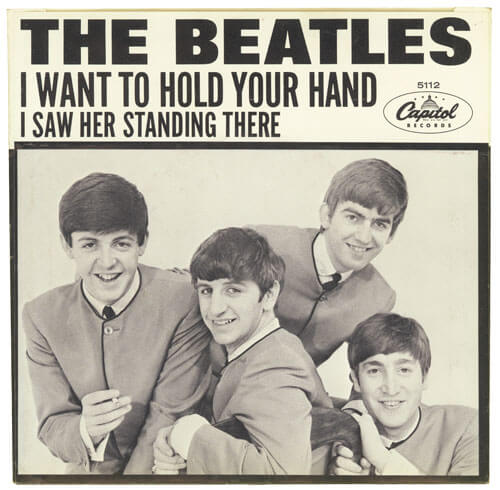 The Brian Epstein production The Beatles Christmas Show continued with performances at the Astoria Cinema in Finsbury Park, London. The show consisted of musical performances by the Beatles, other Brian Epstein-managed Liverpool acts (Billy J. Kramer with the Dakotas, Cilla Black, Tommy Quickly and the Fourmost), Australian singer/entertainer Rolf Harris and the satirical pop group Barron Knights with Duke D’Mond, as well as comedy and pantomime sketches, some of which the Beatles took part in. The Beatles set for the show consisted of Roll Over Beethoven, All My Loving, This Boy, I Wanna Be Your Man, She Loves You, Till There Was You, I Want To Hold Your Hand, Money and Twist And Shout. On opening night, there was only one performance.

After taking off Sunday, December 29, there were two performances on December 30 and one on New Year’s Eve. The two-a-days resumed for the first four days of the new year (1964) before having another day off on Sunday, January 5.

Meanwhile, across the Pond, the Capitol single I Want To Hold Your Hand was getting saturation radio air play in New York. WMCA listed the single as a “Sure Shot” on its January 1, 1964 survey. WABC charted the song at 35 on its December 31, 1963 survey. The record was also in heavy rotation in other markets across America. This air play translated to sales, with Capitol reporting that their Beatles single had sold 250,000 copies during its first three days of release.

Vee-Jay Records issued a “new” Beatles single featuring the A-sides of its previous two singles, Please Please Me and From Me To You. Although neither single had significant sales in 1963, Vee-Jay was confident that the interest generated in the Beatles by the Capitol single and Capitol’s Beatles Campaign would ensure a hit Beatles single for Vee-Jay. The disc was packaged with a picture sleeve. Swan Records began receiving substantial orders for its She Loves You single, which had made little impact when originally issued on September 16, 1963. The reissued single was packaged with an attractive picture sleeve.

On Friday evening, January 3, 1964, Americans watching The Jack Parr Show heard the announcer read the guest list for the program, which included “from London, a special film appearance of the sensational rock ’n’ rollers, the Beatles.” After completing his monolog, Paar began his introduction of the Beatles. Paar told viewers that he had never had a rock ’n’ roll act on his show, but that he was “interested in the Beatles as a psychological, sociological phenomenon.” Paar showed film of girls screaming with From Me To You barely audible in the background. During the film, he gave a running commentary, which was often interrupted by laughter from the studio audience. Paar remained silent during the filmed performance of She Loves You, which ended with shots of screaming girls. After his studio audience politely applauded, Paar deadpanned, “It’s nice to know that England has finally risen to our cultural level.” After laughs from the studio audience, Paar informed his viewers that “Ed Sullivan’s going to have the Beatles on live in February.” Apparently feeling the need to justify his broadcast of the Beatles to his sophisticated followers, Paar explained that “our interest was just showing a more adult audience that usually follows my work, what’s going on in England.”

Jack Gould wrote a review of The Jack Paar Program performance for The New York Times. Gould reported that the group “offered a number apparently titled ‘With a Love Like That, You Know You Should Be Bad.’ Also appended were ‘yeah, yeah, yeah’ in a steady beat and then a ‘whooooooo,’ the standard international cue to which all young women in a studio audience mechanically respond with ecstatic approval.” He went on to predict that although the group’s sound might “find favor among indigenous teenagers, it would not seem quite so likely that the accompanying fever known as Beatlemania will also be successfully exported. On this side of the Atlantic it is dated stuff. Hysterical squeals emanating from developing femininity really went out coincidental with the payola scandal and Presley’s military service.”

America would quickly learn that Gould’s prediction that Beatlemania would not catch on in America was even more of a miscalculation that the Bay of Pigs invasion and the U.S.S.R. sending missiles into Cuba. Paar’s recollections of having the Beatles on his show are on You Tube. 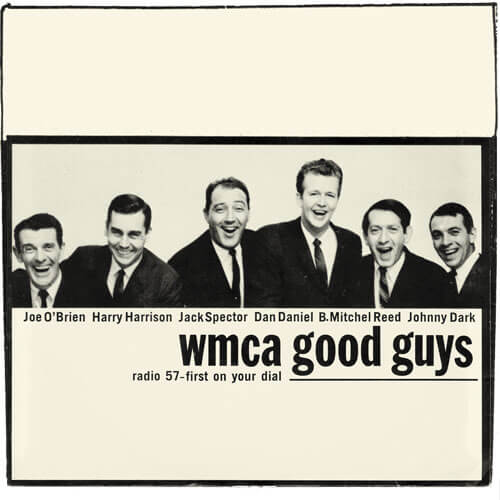 1. WMCA distributed as prizes 1,000 custom picture sleeves for I Want To Hold Your Hand featuring its disc jockeys on one side (shown above) and the Beatles on the other. The two grand prize winners also got $57. Today, the sleeve is worth over 100 times that amount, with near mint copies valued at $7,500.

2. Contestants in the WMCA Beatles contest were instructed to draw Beatles wigs on photos of their friends or photos taken from newspapers. The station received 86,000 entries to its Beatles wig contest.