50 Years Ago: GEORGE BECOMES FIRST BEATLE TO PERFORM IN AMERICA 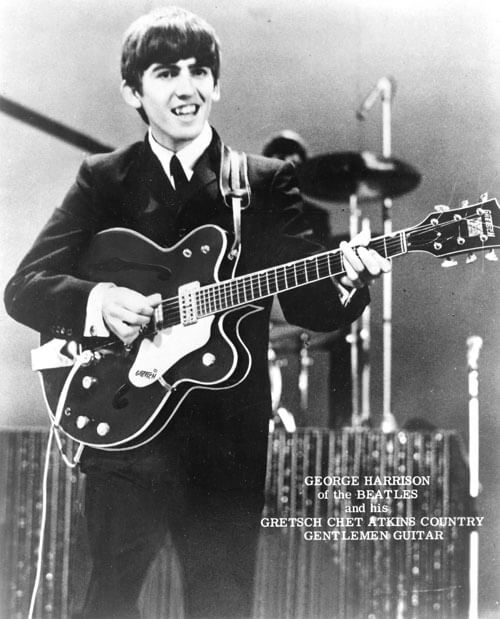 The Beatles continued their vacations during the week of September 23, 1963. While Paul and Ringo were in Greece and John was in Paris, George continued his adventures as the first Beatle to set foot on American shore. While visiting his sister, Louise “Lou” Caldwell, in Benton, Illinois, George was interviewed on radio station WFRX by 17-year old Marcia Shafer, whose father owned the station. This made George the first Beatles to be interviewed by an American disc jockey. He also went to a double feature at a drive-in theater, seeing The Nutty Professor with Jerry Lewis and Wonderful To Be Young with British singer Cliff Richard. Another first for a Beatle.

George had some musical adventures as well. He purchased over 20 albums, including one by James Ray. He bought a new guitar. George also spent time with a fellow musician, Gabe McCarty, who played in a local band. McCarty, whose last name was similar to fellow Beatle Paul McCartney’s last name, played left-handed bass, just like Paul. On Saturday, September 28, George went to see Gabe’s band perform at the VFW (“Veterans of Foreign War”) Hall in Eldorado. After the first set, George was invited to join the group on stage for its second set. Although no one remembers exactly what songs were played, those present remember him leading the band through Hank Williams’ Your Cheatin’ Heart and rockers from the Beatles repertoire such as Chuck Berry’s Roll Over Beethoven and Johnny B. Goode and Carl Perkins’ Everybody’s Trying To Be My Baby and Matchbox.

According to Lou, “You could feel the electricity in the room the moment George began to play,” causing Lou to think, “If one Beatle can cause that much excitement, imagine what it must be like with all four.” One person at the club told Gabe, “That new kids that’s trying out for your band—you’d be crazy if you don’t take him on.” Another told George, “You know, son, with the right kind of backing, you could go places.” 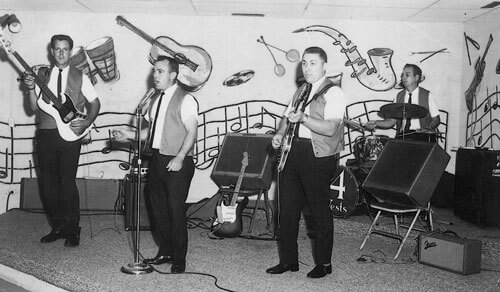