50 Years Ago: CRONKITE BROADCASTS STORY ON THE BEATLES 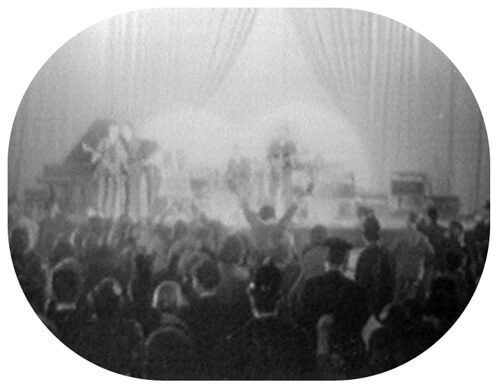 The Beatles began the week of December 9, 2013, with a tour appearance at the Odeon Cimema in Southend-on-Sea. On Tuesday the 10th, the group performed at the Gaumont Cinema in Doncaster, where they were interviewed for the BBC’s Transcription Service for broadcast in Australia. The next three nights were the final concerts on the Beatles 1963 Autumn Tour, with shows on consecutive evenings at the Futurist Theatre in Scarborough, Yorkshire, the Odeon Cinema in Nottingham and the Gaumont Cinema in Southampton (on Friday the 13th).

On Saturday, the Beatles gave an afternoon concert for their Fan Club members in the southern part of England. The event, which was held at the Wimbledon Palais in Wimbledon, London, attracted 3,000 fans, who were all given the opportunity to pass through a greeting line to shake hands with the band.

On Sunday, the Beatles taped an appearance on the ABC Television (U.K.) show Thank Your Lucky Stars. The show was another special edition the featured only Liverpool acts. The Beatles lip-synced their latest single, I Want To Hold Your Hand, All My Loving from their latest album, Twist And Shout from their first album and EP, and their previous hit single She Loves You.

Meanwhile, across the ponds, the seeds of Beatlemania were being planted. Capitol Records, having just announced the previous week that it would soon be releasing records by the Beatles, began planning its Beatles campaign. The initial plan was for a mid-January 1964 release of a single containing I Want To Hold Your Hand and I Saw Her Standing There, with an album to follow a month later.

In Worcester, Massachusetts, the Beatles single on Swan Records was getting extensive airplay. Radio station WORC, which published a weekly chart “Based on 100% requests,” had She Loves You at number 9 on its survey dated December 6, 1963, which listed Dominique by the Singing Nun at two and Louie Louis by the Kingsmen at three. The number one song that week? I’ll Get You by the Beatles! 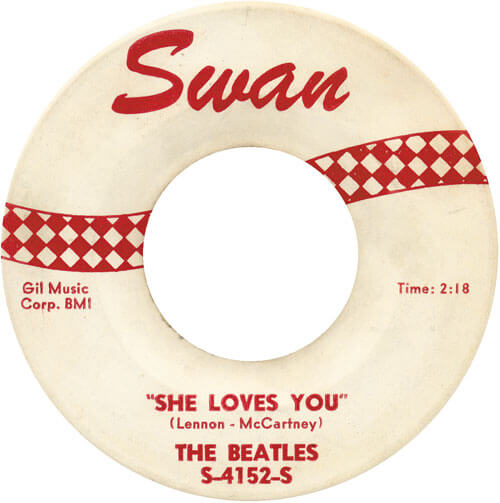 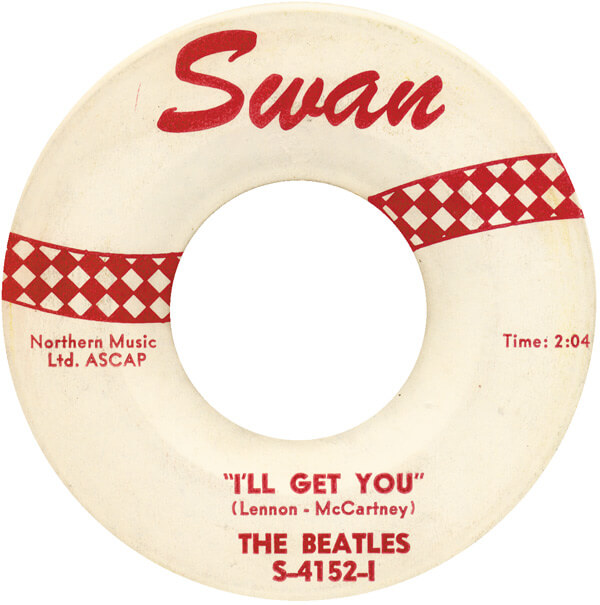 On December 10, 1963, CBS News Director/anchorman Walter Cronkite recalled a story prepared by the network’s London bureau on the curious response a Liverpool rock ’n’ roll band was generating among British youngsters. The five-minute story had originally run on the CBS Morning News with Mike Wallace on November 22, 1963, just hours before President Kennedy was assassinated. The story had been scheduled to run that evening, but with the day’s tragic events, the evening news was entirely devoted to the assassination. Being a few weeks after the tragedy in Dallas, Mr. Cronkite thought the country was ready for some light news. He decided to end his broadcast on the December 10 CBS Evening News with the feature story on the Beatles, which contained an interview with group, footage of their fan club and a performance of She Loves You.

Shortly after Mr. Cronkite left the set, he got a telephone call from Ed Sullivan, who excitedly asked, “Walter, what can you tell me about those bugs or whatever they call themselves?” One month before, Sullivan had taken a chance by booking the Beatles for three appearances on his show set for February 1964. At the time he made the arrangements, the Beatles were virtually unknown in America. But now, they were on the CBS Evening News! Sullivan immediately realized he had something big. Three days later, on December 13, Sullivan had CBS issue the following press release:

“The Beatles, wildly popular quartet of English recording stars, will make their first trip to the United States Feb. 7 for their American television debut on ‘The Ed Sullivan Show,’ Sunday, Feb. 9 and 16…The fantastic popularity of the Beatles in England has received considerable attention not only in British newspapers but also in the American press. Their first record release is scheduled for January.”

Also viewing the Beatles story that evening was Marsha Albert, a 15-year-old girl living in Silver Spring, Maryland. She was impressed with the band’s performance of She Loves You and wrote a letter to her favorite radio station, WWDC, referencing the news story and asking “Why can’t we have this music in America?” After receiving her letter, a WWDC disc jockey, who had also seen the Beatles story, contacted a friend of his who was a stewardess for B.O.A.C. and asked her to bring him the Beatles latest single. Tune in next week for the rest of the story of Marsha Albert and the Beatles.

As we shall see in the coming weeks, as strange as it may seem, Walter Cronkite’s decision to re-broadcast the Beatles story was the first in a series of events that jump-started Beatlemania in America! And that’s the way it was, Tuesday, December 10, 1963.

1. Of the cities played by the Beatles during the week of December 9, 1963, which one would later be mentioned in a Beatles song?

3. Who was the WWDC disc jockey that arranged for a friend of his to bring him a copy of the Beatles latest U.K. single in December 1963?

1. The Beatles played in Southampton on Friday, December 13, 1963. The city would later be mentioned in a Beatles song recorded in 1969.

2. Southampton is mentioned in the lyrics of The Ballad Of John & Yoko. (Standing in the dock at Southampton/Trying to get to Holland or France.)

3.  The WWDC disc jockey that arranged for a friend of his to bring him a copy of the Beatles latest U.K. single in December 1963 was Carroll James.