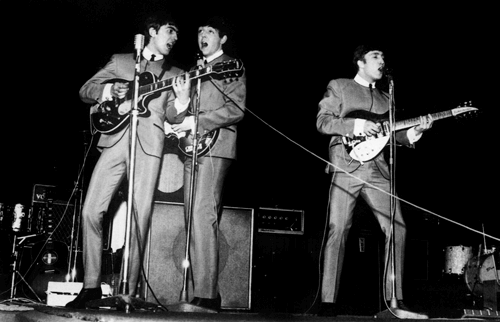 The third week of April 1963 for the Beatles was a mix of club dates, television appearances and prestigious concert appearances. On Monday, April 15, the group played the Riverside Dancing Club in Tenbury Wells, Worcestershire. The next day the group was in Manchester at Granada TV Centre for a live appearance on the show Scene At 6:30, during which they mined From Me To You. For those switching channels, the Beatles could also be seen in a taped performance on the BBC program The 6:25 Show, during which they performed From Me To You, Thank You Girl and Please Please Me. The following evening the group played the Majestic Ballroom in Luton, Bedfordshire.

On Thursday, April 18, the Beatles made their first appearance at the Royal Albert Hall in London, taking part in the BBC show Swinging Sound ’63, which featured other acts including Rolf Harris, Del Shannon and Kenny Lynch. During the first half of the concert, which was neither broadcast nor recorded, the Beatles played Please Please Me and Misery. During the second half, which was broadcast live on BBC radio, the group played Twist And Shout and From Me To You. It was this performance that inspired Del Shannon to record his own version of From Me To You.

The weekend began with a Mersey Beat Showcase at King’s Hall in Stoke-on-Trent. The program featured the Beatles and other Brian Epstein-managed acts such as Gerry & the Pacemakers and Billy J. Kramer with the Dakotas. On Saturday, the Beatles were at the Ballroom in Frodsham, Cheshire.

On Sunday, April 21, the Beatles took part in the New Musical Express 1962-1963 Annual Poll-Winners’ All-Star Concert at Empire Pool in Wembley, Middlesex. Because voting for the awards took place in late 1962 before the Beatles became well known, the group had not won any poll. They were invited to participate in the 14-act show based upon their two recent number one hits, Please Please Me and From Me To You. The Beatles played those songs plus two high energy rockers, Twist And Shout and Long Tall Sally. The image at the top of the page is from this concert, which was the largest crowd the Beatles had played in front of, with over 10,000 people in attendance. That evening, the group played for a much smaller audience at the Pigalle Club in Piccadilly, London.

Today’s trivia questions deal with the Beatles appearance at the Royal Albert Hall. 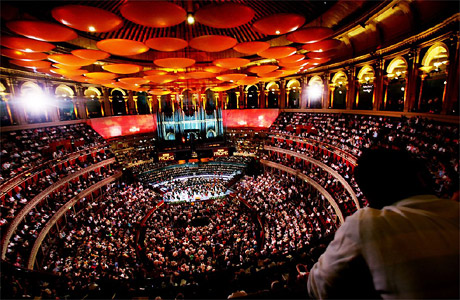 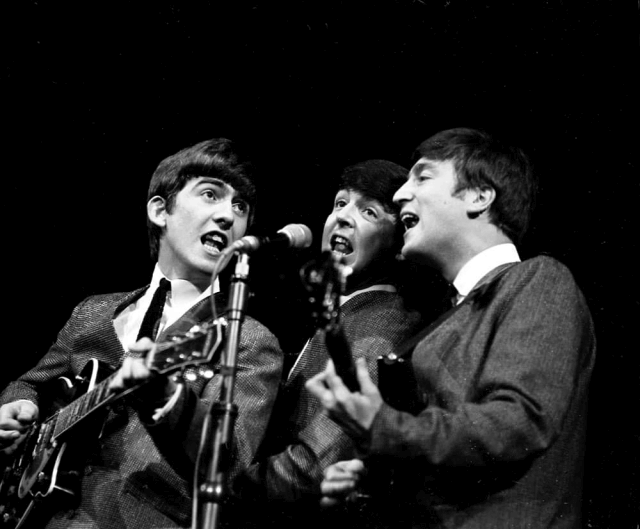