50 Years Ago: BEATLES ON THE ROAD AGAIN; STRANGE HAPPENINGS 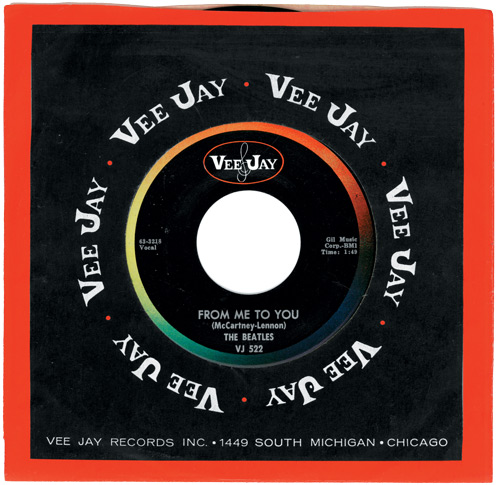 Across the Pond, the Beatles were getting some air play and chart action for their second single on Vee-Jay, From Me To You. That week, KRLA reported the song at number 32. The following week, Billboard magazine would report the single as a Regional Breakout, but it was not to be. Although the record charted on local surveys published by four California radio stations, it could only muster a Bubbling Under The Hot 100 ranking in Billboard of number 116. 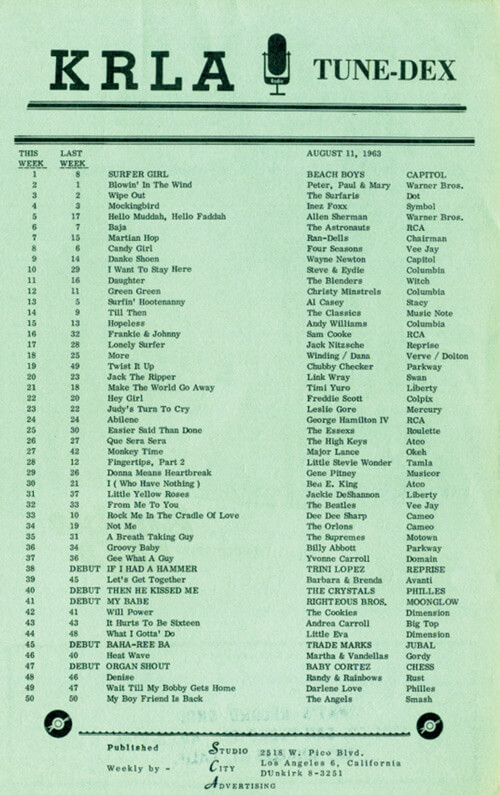 Meanwhile, Vee-Jay Records was having severe cash flow problems that caused the company to fail to pay royalties to EMI on its Beatles and Frank Ifield records. By telegram dated August 8, 1963, EMI demanded that Vee-Jay cease manufacture and distribution of all records contain performances by Frank Ifield and the Beatles. This brought phase one of the Beatles stay on Vee-Jay to an abrupt end.

Today’s questions cover the Beatles in America during the summer of 1963.