50 Years Ago: BEATLES IN WALES; SHE LOVES YOU READY TO GO 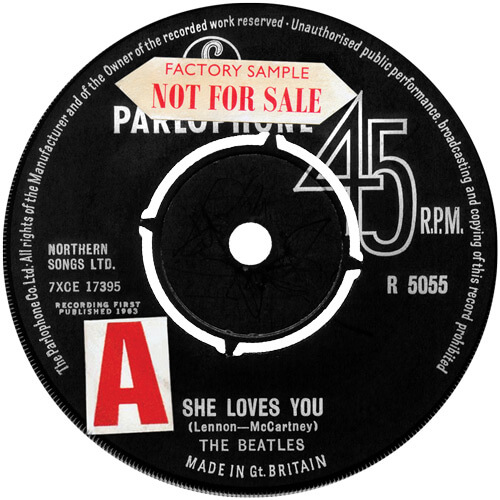 The Beatles spent the week of Monday, August 12, through Saturday, August 17, 1963, performing concerts in Wales. The performances took place at the Odeon Cinema in Llandudno, Caernarvonshire, where the Beatles gave two shows each night for separate audiences. During mid-week, the group traveled to Manchester on Wednesday, August 14, to tape two songs for the Granada TV show Scene At 6:30. The group’s rendition of Twist And Shout was broadcast that evening. The Beatles performance of their soon-to-be-released single, She Loves You, was shown on August 19.

Sunday, August 18, was no day of rest. The group traveled from Wales to Birmingham to lip-sync both sides of the new single, She Loves You and I’ll Get You, for the Saturday evening, August 24 edition of the ABC Television show Lucky Stars (Summer Spin). This was the perfect promotion for the single, which was set for release the day before on Friday, August 23. On Sunday evening, the Beatles played two evening concerts at the Princess Theatre in Torquay, Devonshire.

While the Beatles were in Wales, EMI was preparing the She Loves You single for release on Parlophone R 5055. The company’s marketing manager recommended an advance production run of 350,000 units, which was well above even the most optimistic forecasts of the day. Managing director Len Wood balked at the number, but reluctantly agreed to 250,000.

Today’s trivia questions are about the advance orders and sales of She Loves You in the U.K.