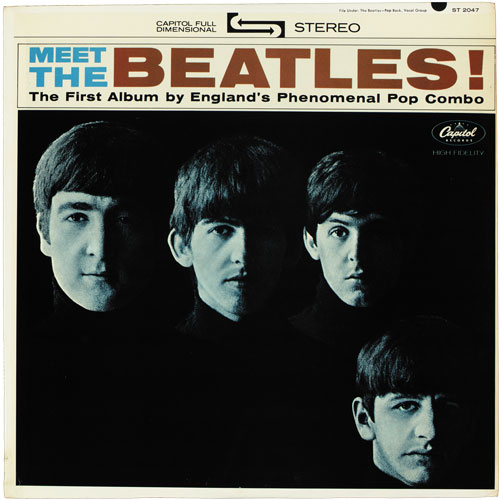 The Beatles spent the week of January 20, 1964, continuing with their three-week engagement at the Olympia Theatre in Paris, France. The bill included the popular French female vocalist Sylvie Vartan and American folk singer/guitarist Trini Lopez, who burst upon the scene six months earlier with his worldwide hit If I Had A Hammer, as well as acrobats and jugglers. During this week the Beatles played two shows each day. Their set included From Me To You, Roll Over Beethoven, She Loves You, This Boy, Boys, I Want To Hold Your Hand, Twist And Shout and Long Tall Sally.

Meanwhile, over in America, Capitol Records pushed the release date of its Meet The Beatles! LP up from mid-February to January 20, 1964. In compiling its debut Beatles album, Capitol decided to base the record off the group’s most recent U.K. album, With The Beatles. There would, of course, be some changes made for the American market.

For starters, Capitol was not excited about the album’s title. The LP was given a more dynamic and descriptive title, Meet The Beatles! The explanation point drove home the point that this was going to be an exciting introduction to the band. And to be sure no one asked about the band’s previous recordings, the front cover described the record as “The First Album by England’s Phenomenal Pop Combo.” Capitol’s art department used the same stunning cover found on the U.K. album, but gave it a blue tint.

In keeping with the American practice of having 11 or 12 songs per album, the 14-track British line-up was reduced to a dozen selections. Because Capitol (as well as other American record companies) believed that hit singles made hit albums, both sides of the recently released Capitol single I Want To Hold Your Hand b/w I Saw Her Standing There were selected to open the album. This was followed by This Boy, which was the British B-side to I Want To Hold Your Hand. None of these three songs were on With The Beatles. After these alterations, there was only space for 9 of the U.K. album’s 14 tracks.

Capitol decided to showcase the songwriting abilities of the group, so the company included all eight of the group’s original compositions on the album, which included seven by Lennon-McCartney plus George Harrison’s Don’t Bother Me. This brought the total number of songs to 11. The line-up became an even dozen with the addition of the ballad Till There Was You, a song that even parents could appreciate. Capitol chose not to alter the running order of the songs that were selected for the album. The five cover songs that were not selected were, in effect, edited out of the sequence.

While Capitol has often been criticized for its handling of the Beatles catalog, Meet The Beatles! stands as an effective album, one that is even stronger than its British counterpart With The Beatles. If you can get past the fact that Capitol tampered with the Beatles carefully crafted albums, you see that the company actually prepared the perfect album to introduce the Beatles to America. Its decision to open the album with the already familiar hit single I Want To Hold Your Hand followed by its rocking B-side I Saw Her Standing There and the passionate ballad This Boy provides an incredible prequel to the original compositions from the U.K. album. What’s not to like? After all, if you were programming an album to introduce the Beatles to America, which song would you rather include, I Want To Hold Your Hand or Devil In Her Heart? 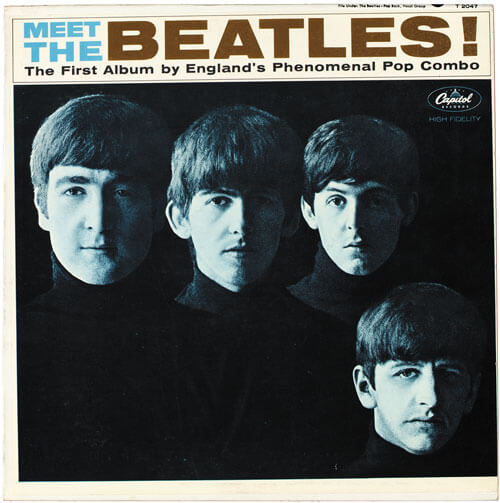 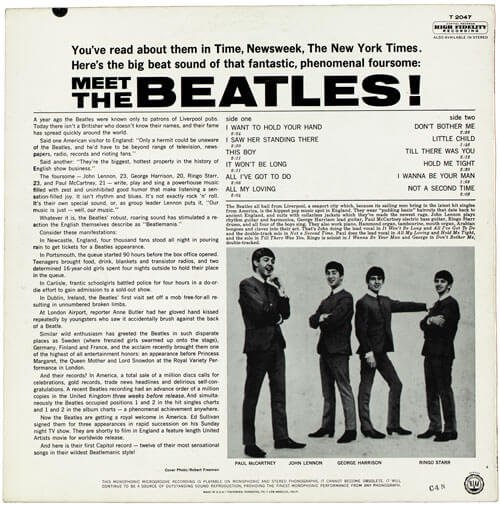 1. Capitol’s Dave Dexter, the same man who passed on the Beatles four times!

5. The group’s named was misspelled as “THE BEATTLES.” This is the same misspelling that appeared on the group’s first American single, which was issued by Vee-Jay Records. 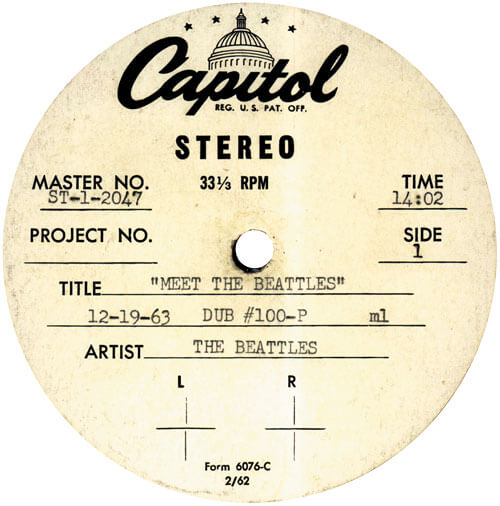 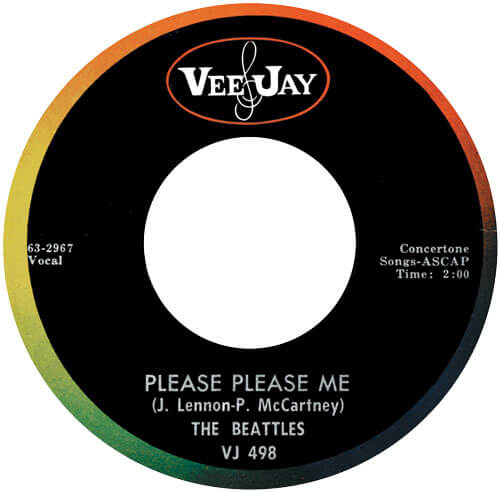