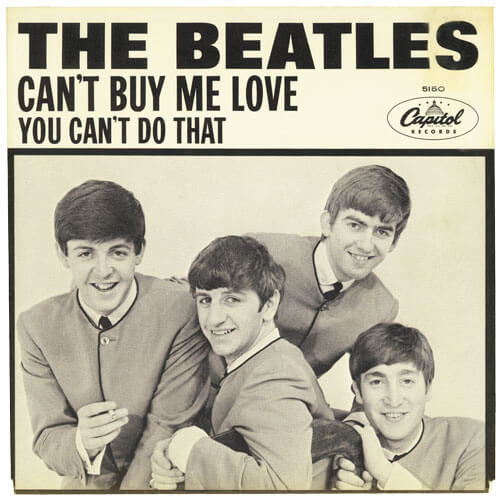 Nowhere was the Beatles dominance of American radio and the American record industry more evident than in the April 4, 1964, issue of Billboard magazine. The group held down the top five spots on the singles charts and the top two spots on the album charts. In addition, seven more Beatles singles were in the Hot 100. It was a record at the time and a record that has yet to be broken and in all likelihood never will be. (And no, this is not an April Fools’ Day joke. It really happened!)

And while this was going on in the States, the Beatles continued with the filming of their still-untitled first movie. On March 31, 1964, the group was filmed performing several songs before a screaming audience at the Scala Theatre in London. Film of four of the songs from this performance was used towards the end of the film in the exciting TV performance scene. The soundtrack for this segment used studio versions of the songs. It was the climatic highlight of the film and one of the definitive representations of what Beatlemania was all about.

After filming the TV concert segment, the Beatles headed over to the Playhouse Theatre in London to tape seven songs for the April 4 edition of Saturday Club. They performed both sides of their current single, Can’t Buy Me Love and You Can’t Do That, along with two songs they had recently recorded but not released, I Call Your Name and Long Tall Sally, one song they would record at Abbey Road later in the year, Everybody’s Trying To Be My Baby, and two songs they would never record for EMI, I Got A Woman and Sure To Fall (In Love With You).

On April 1 and 2, the group filmed the press party scenes in the lobby of the Scala Theatre. The following day they returned to Twickenham and filmed a strange promotional trailer for the film. After taking Saturday off, the group was back in action on Sunday, April 5, being filmed at a London’s Marylebone Station (which was normally closed on Sundays). These scenes of the group running and hiding from their fans were used for the opening of the film.

Today’s questions cover the last day of March and the first week of April 1964. 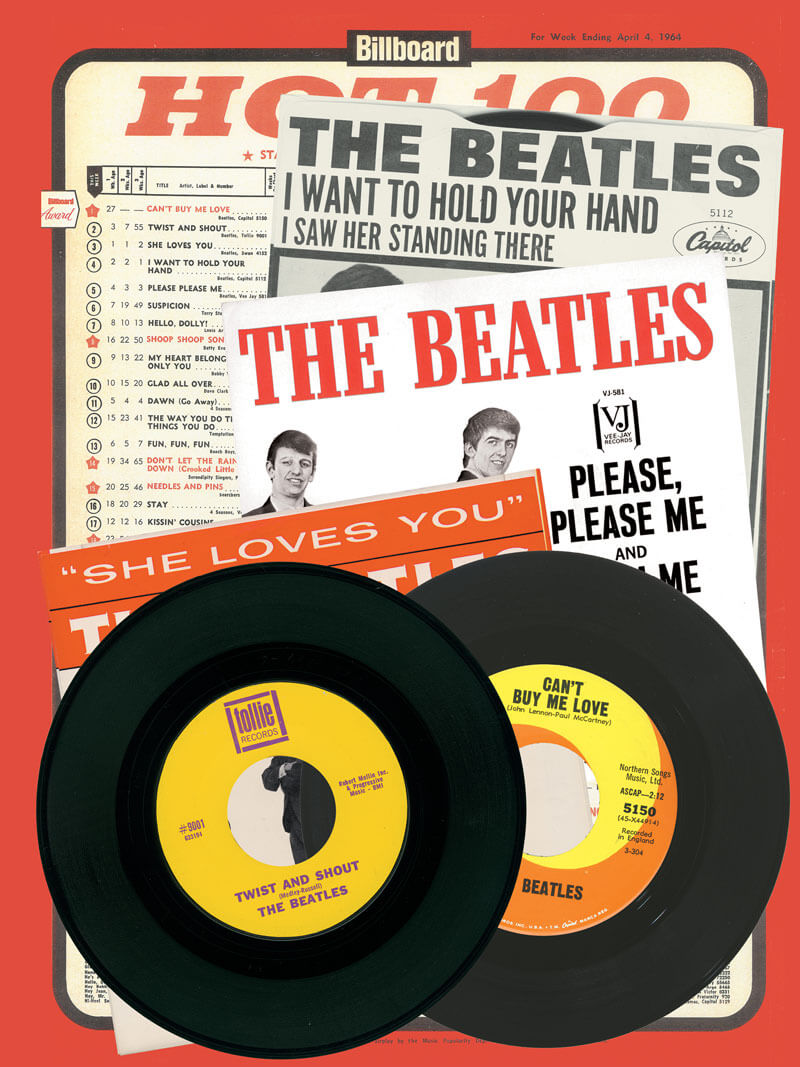 2. The top two albums were Meet The Beatles! and Introducing The Beatles. This pairing held down the top two spots for over two months.

3. The Beatles are shown performing Tell Me Why, If I Fell, I Should Have Known Better and She Loves You before a screaming audience at the Scala Theatre.

4. The Beatles were also filmed performing You Can’t Do That. This segment was later shown on The Ed Sullivan Show on April 17, 1964.

5. During the Beatles performance of She Loves You, Paul’s grandfather sneaks on stage before being shoved away by George.

6.  Phil Collins was one of the 350 screaming teenagers in the audience at the Scala Theatre.