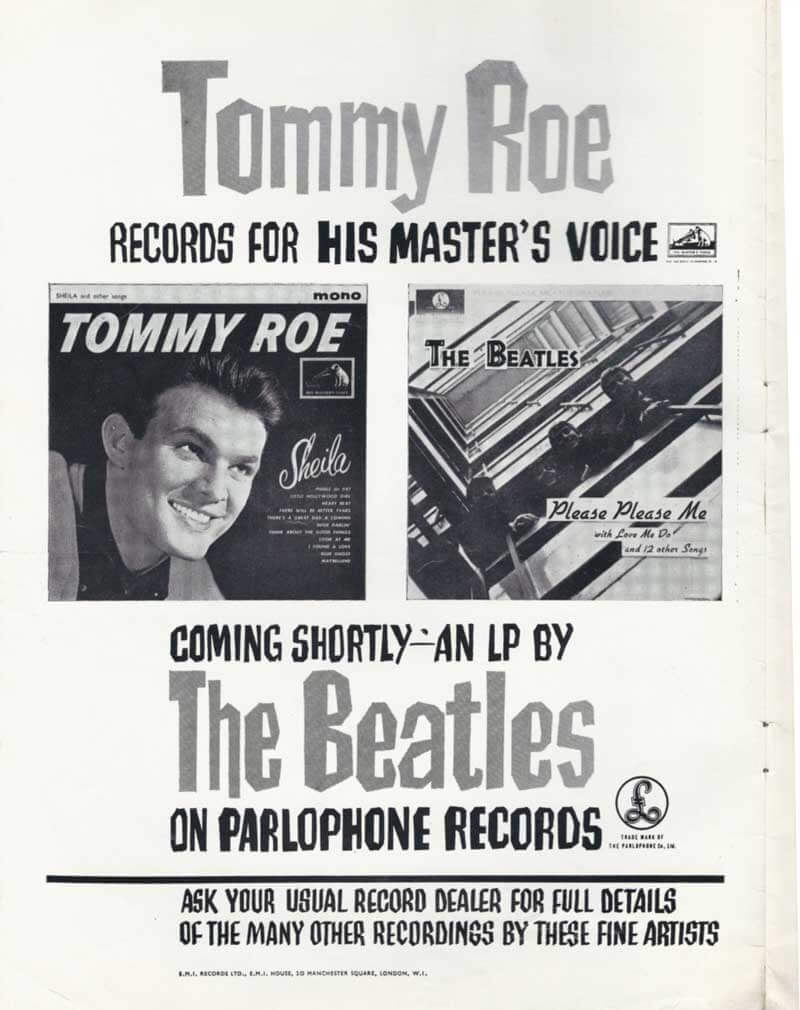 The Beatles continued their participation in the Tommy Roe & Chris Montez tour during the final week of March 1963. After a rare day off for the Beatles, they resumed with their tour performances on Tuesday, March 26, at the Granada Cinema in Mansfield. This was followed by a Wednesday night show at the ABC Cinema in Northampton and a Thursday evening show at the ABC Cinema in Exeter, Devonshire.  On Friday night, the tour was at the Odeon Cinema in London. Saturday night’s show was at the Guildhall in Portsmith, Hampshire. The final tour performance was on Sunday, March 31, at De Montfort Hall in Leicester, Leicestershire.

Towards the end of the tour, Beatles manager Brian Epstein gave Tommy Roe a copy of the Beatles Please Please Me album and a Beatles press kit. According to Roe, he brought the items back with him to the States and presented them to executives at his American record company in New York. After Roe said favorable things about the group, one of the executives placed the album on the turntable to give it a listen. About a minute later, he lifted the needle, removed the disc from the turntable and tossed it across the room. He told Roe to stick to singing and let them be the judge of talent.

While those executives undoubtedly later regretted the day that doubted Tommy Roe’s ability to pick an up and coming band, it probably would not have mattered because Vee-Jay Records had a right of first refusal for all Beatles releases under the terms of its licensing agreement with EMI. Still, the story provides another example of an American record company failing to recognize the incredible talent of the Beatles.

Today’s trivia question relates to the above story.

What was the name of Tommy Roe’s record company that thought the Beatles had no potential in the States? 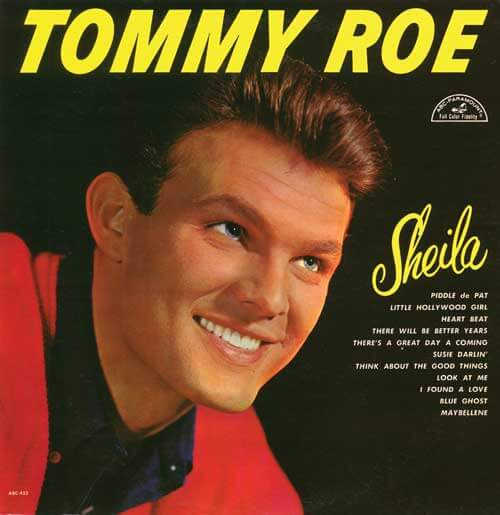 Tommy Roe was with ABC-Paramount Records, just one of many American record companies that failed to see the Beatles talent.