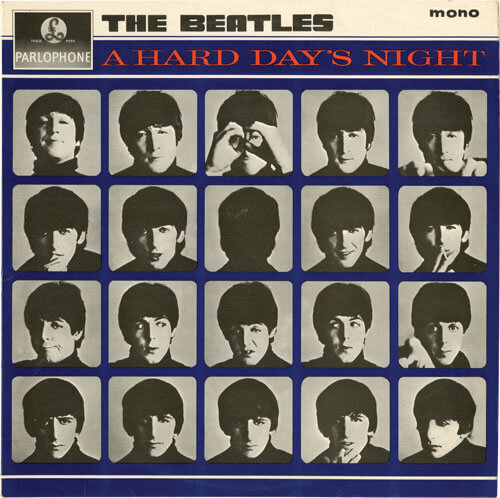 The Beatles returned to Abbey Road Studios on Tuesday, February 25, 1964, to begin recording songs for their upcoming film and next album. The first order of business was to complete their next single, which would pair Can’t Buy Me Love with You Can’t Do That. The former song had been recorded a month earlier in Pairs on January 29. The group added guitar and vocal overdubs. The latter was completed in nine takes, with George playing his new Rickenbacker 12-string electric guitar that he was given in New York. The group also recorded two takes of And I Love Her and three takes of I Should Have Known Better. Both songs would be remade later in the week. All in all a production sessions held on Harrison’s 21st birthday.

On Wednesday morning, the mono mixes were made for both sides of the Can’t Buy Me Love single. That afternoon the group returned to and completed I Should Have Known Better. They recorded several takes of And I Love Her, but were not satisfied with the recordings. The next day they finally found the proper arrangement for the song, completing the re-make in two takes. This was followed by the recording of two more songs, Tell Me Why and If I Fell.

The group spent Friday recording their second installment of their BBC radio show From Us To You, which was set for broadcast the day after Easter on March 30. The group performed both sides of their new single, Can’t Buy Me Love and You Can’t Do That, along with several selections from their second album, Roll Over Beethoven, Till There Was You, I Wanna Be Your Man, Please Mister Postman, All My Loving and This Boy.

After having Saturday off, the Beatles returned to Abbey Road on Sunday, March 1. The group recorded I’m Happy Just To Dance With You, another Lennon-McCartney song for the film, with George on lead vocal. The Beatles then knocked out two songs that would not be used in the film or appear on the album, Long Tall Sally and I Call Your Name.

This week’s questions pertain to the Beatles first recording sessions for their first film. 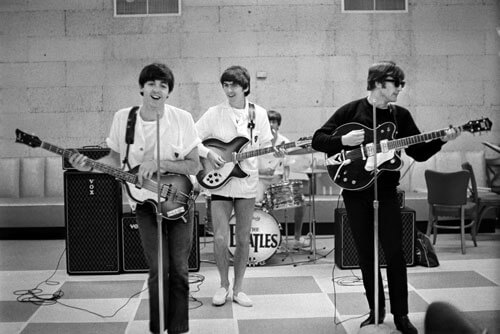 1. Harry Benson took a photograph on the evening of February 8, 1964, of George sitting in bed at the Plaza Hotel playing his new toy, a Rickenbacker 12-string electric guitar.

2. George first played his Rickenbacker 12-string electric guitar (shown above) with the Beatles during a rehearsal for The Ed Sullivan Show in Miami Beach on February 14, 1964.

3. George initially used his Rickenbacker 12-string electric guitar on And I Love Her. For the later takes, including the finished master, George played a Jose Ramirez nylon-stringed classical acoustic guitar.

4. George Martin played piano on Tell Me Why and Long Tall Sally.

6. Long Tall Sally and I Call Your Name first appeared on the Capitol’s The Beatles Second Album.