Scroll down for trivia question

This year will mark important milestone anniversaries for the Beatles. The group’s first recording session for EMI took place at Abbey Road studios on June 6, 1962. Ringo joined the band in August 1962. And the Beatles first single, “Love Me Do,” was released as Parlophone 45-R 4949 on October 5, 1962.

Because Ringo did not become a Beatle until 1962, many are considering 2012 as the official 50th anniversary of the group. While the name “Beatles” and the union of John, Paul and George date back a few more years, THE BEATLES–John, Paul, George and Ringo–turn 50 this year. So let’s not quibble over the choice of this year as the big anniversary.

We all know the press loves big round number anniversaries, so we can expect many stories this year on the Beatles appearing in books, magazines, newspapers, televison, radio and the internet. While many will make a big deal out of the music being 50 years old, the fact that people are still talking about the Beatles and enjoying their music shows that despite its age, the music is timeless. The Beatles music, like that of Beethoven, Mozart and Louis Armstrong,  never grows old.

Another great band is also celebrating its 50th anniversary this year. The Beach Boys are currently touring the nation and will be releasing a new album next month (June 5). I recently saw the Beach Boys, featuring Brian Wilson, Mike Love, Al Jardine, Bruce Johnston and David Marks, at the New Orleans Jazz and Heritage Festival. They performed a well-paced and exciting set consisting of nearly all of the group’s biggest hits, with a few surprises thrown in. The original members are backed primarily by Brian Wilson’s touring band. I highly recommend catching them this summer. You’ll be sitting on the top of the world. 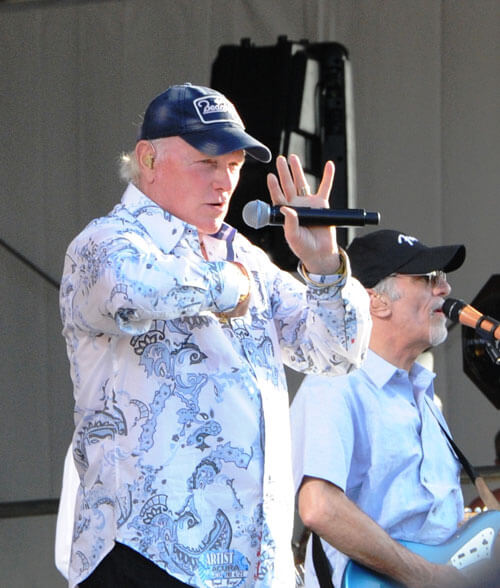 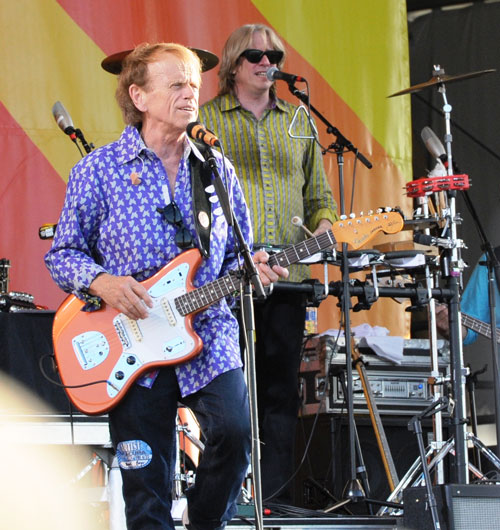 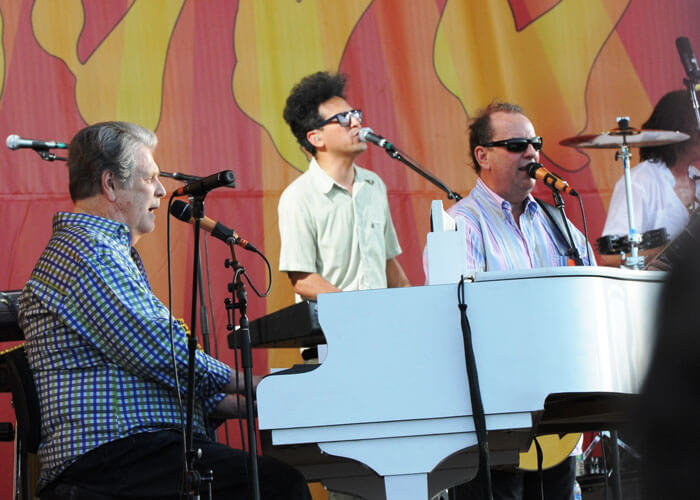 The Beach Boys at the 2012 New Orleans Jazz and Heritage Festival. Photos copyright 2012 by Bruce Spizer

This week’s trivia questions covers one of the connections between the Beatles and the Beach Boys.

Which Beatles song, written during the Beatles stay in Rishikesh, India, contains lyrics that were suggested by a Beach Boy? Who was the Beach Boy and what Beach Boys song formed the basis for his suggestion?

During the Beatles stay in Rishikesh, India, Beach Boy Mike Love made the suggestion that Paul add lyrics to “Back In The U.S.S.R.” referencing girls from different parts of the U.S.S.R.  This idea was lifted from the Beach Boys smash hit “California Girls.” After singing praises of East Coast girls, Southern girls, Midwest farmer’s daughters, Northern girls and Hawaiian dolls by a palm tree in the sand, Mike Love sings that he “couldn’t wait to get back to the States, back to the cutest girls in the world,” California girls. For “Back in the U.S.S.R.,” Paul came up with “Those Ukraine girls really know me out/They leave the West behind/And Moscow girls make me sing and shout/That Georgia always on my mind.” The last line serves tribute to both the soviet republic of Georgia and the Ray Charles tune “Georgia On My Mind.” And, of course, “Back In The U.S.S.R.” has Beach Boys-style backing vocals.